Crusader Kings II is a fantastic strategy game that combines the best of real-world geographical locations, history, and unique player-driven stories. That said, when I’m not playing Crusader Kings II, one of my favorite pastimes is browsing the community page on Steam or the various subreddits.

Why? It’s simple: without the lens of context, it becomes one of the most hilarious (and disturbing) communities out there. 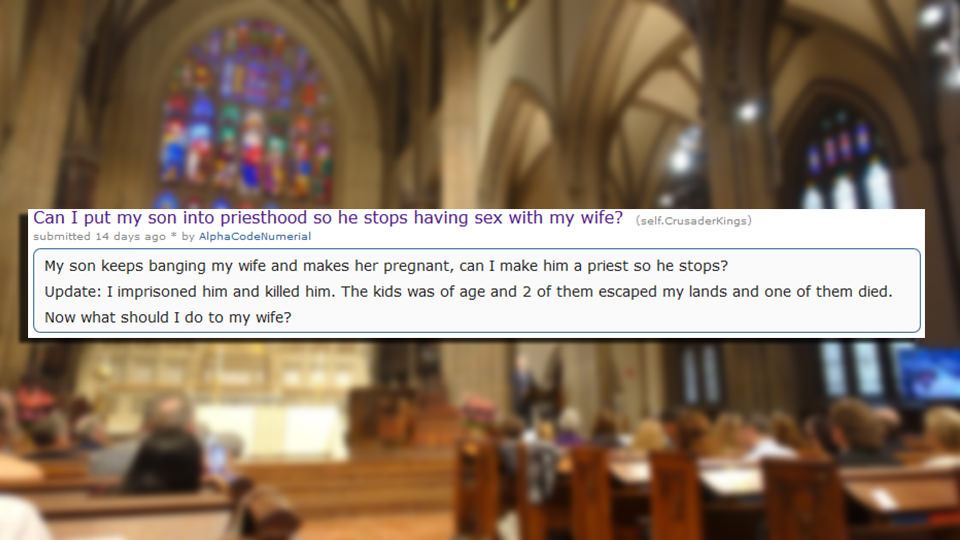 Truly, one of the most troubling things a father can go through is trying to stop his son from banging his own mother. Thankfully, it would seem Reddit user AlphaCodeNumerial found a solution. Sadly, though, their son won’t be entering the priesthood anytime soon. 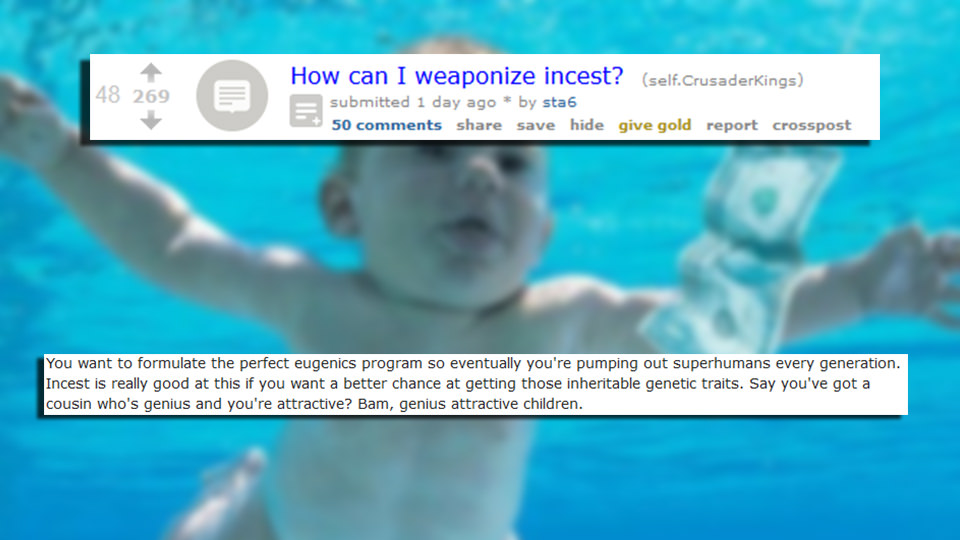 Reddit user sta6 asks a simple query, and in return, receives an answer that will result in attractive, genius, and inbred weaponized superhuman children. Now all they have to do is convince their cousin! 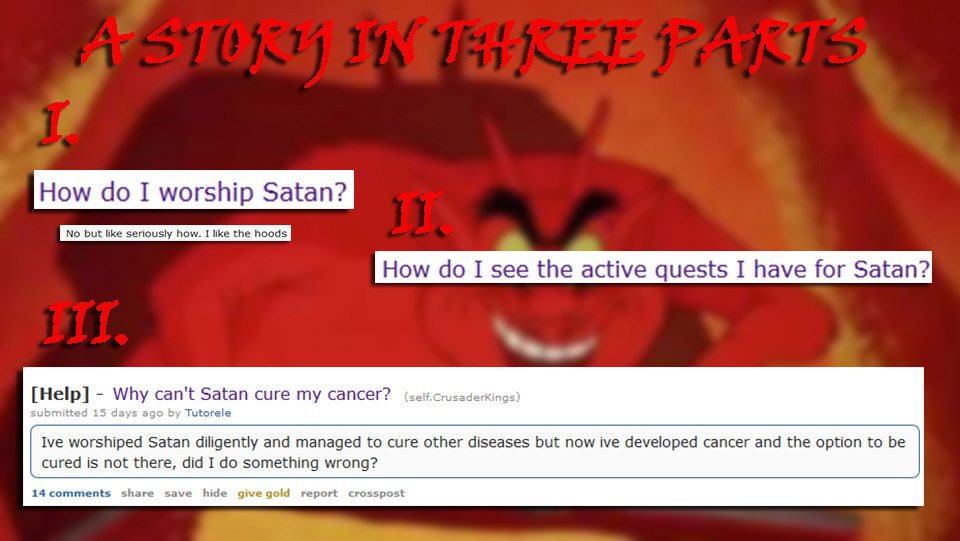 Reddit user Tutorele went down a very dark path. Now it would seem they’re paying the consequences. Here’s hoping their plea for help is answered. My advice: maybe do some soul searching (if you still have one)? 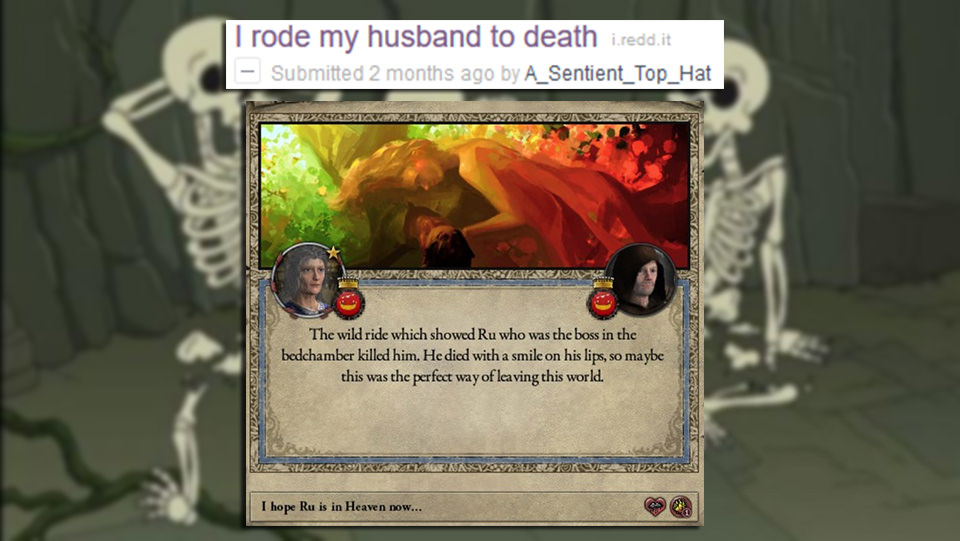 You’ve gotta hate when that happens. Thankfully for Reddit user A_Sentient_Top_Hat, if their husband isn’t in heaven now, he certainly was beforehand. 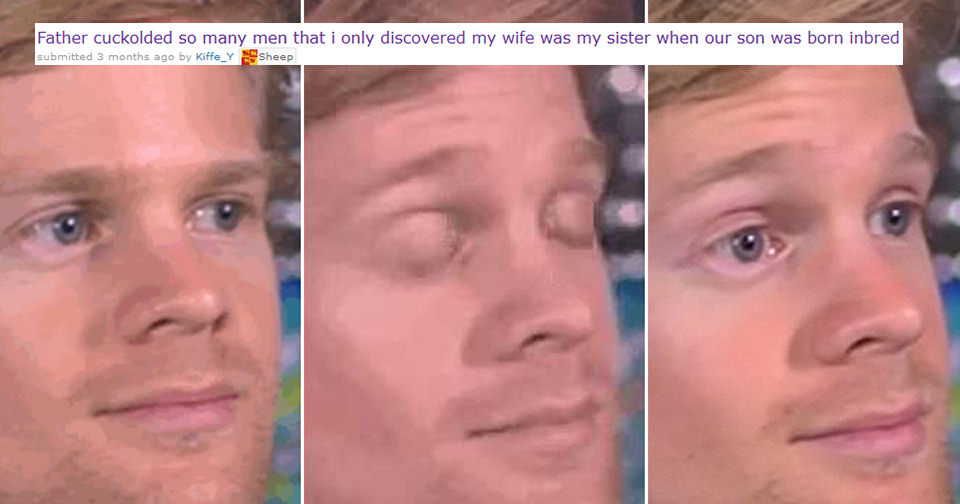 On the plus side, perhaps he’ll be an inbred superhuman that can be weaponized?

For those of you interested in more out-of-context hilarity from the Crusader Kings II community, I highly recommend you check out the ShitCrusaderKingsSay subreddit for more! You can also check out some more images I whipped up in the gallery below. Enjoy!