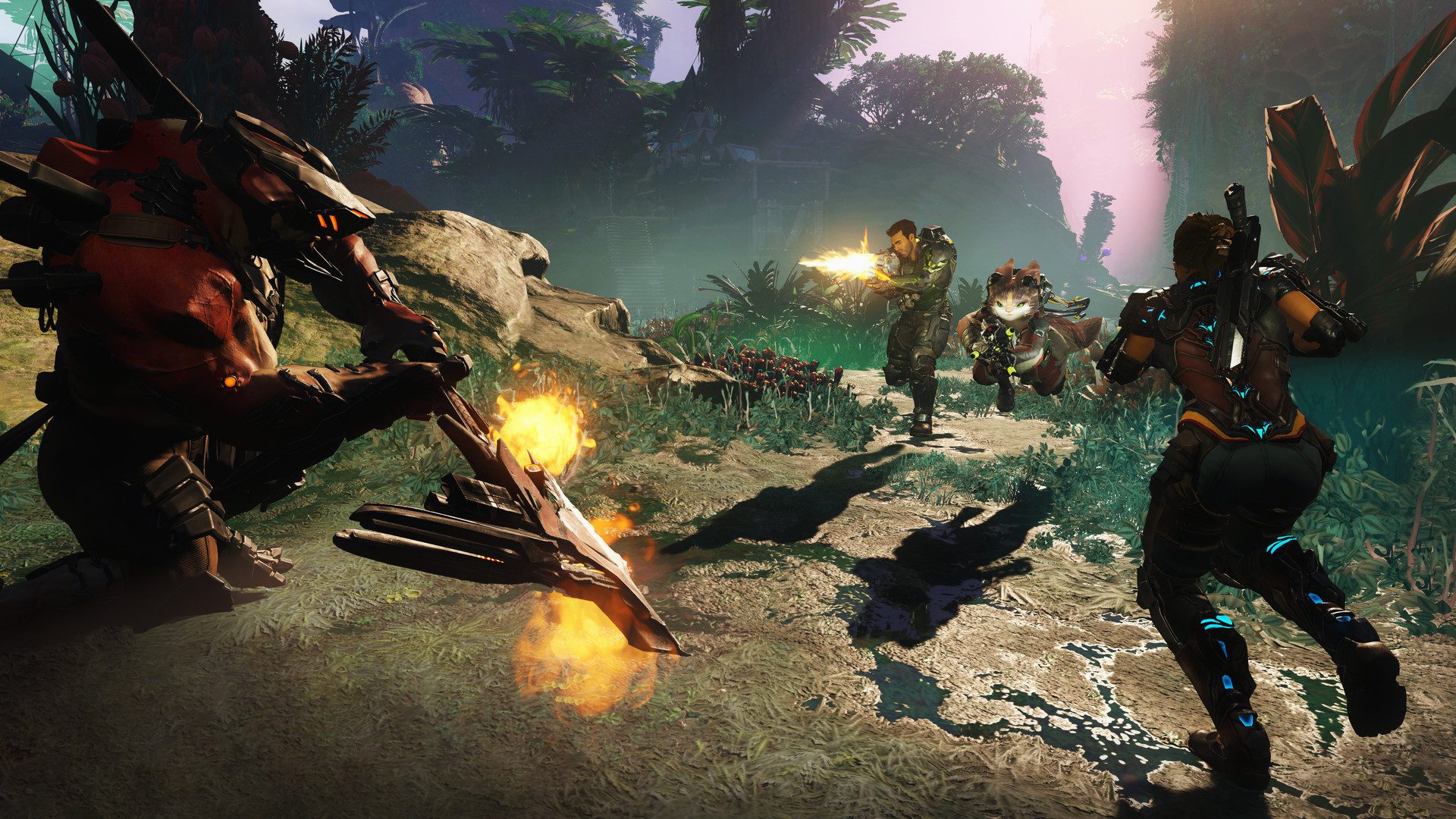 Amazon Game Studios was founded in 2012. Can you believe it? The initiative has been rocked with priority shifts and cancellations of unannounced projects, but it’s hard to believe that it hasn’t released anything game-changing thus far in its lifetime.

Crucible and New World (the latter now slated for August 25, 2020) are looking to change that reality this year, but the former is going to need a bit of work to compete with the current shooter market.

Since the whole Amazon Game Studio initiative has been fairly confusing and uneventful, let’s break things down in a digestible way.

Crucible is a third-person hero shooter with three main modes (capture the objective, quasi-battle royale, capture the point). It’s out right now on Steam for free, but also has various buy-in tiers and a microtransaction system. The lead developer is Relentless Studios, who is part of Amazon Game Studios and is stationed in Seattle. There, that’s an easy enough macro breakdown.

Mechanically, it’s actually very similar to Overwatch. Let’s take the baseline character, Captain Mendoza. He has several abilities: sprint, calling down a supply drop, tossing a flash grenade and the opportunity to aim down his sight, all standard stuff. But Crucible also incorporates MOBA-style design (RIP Paragon) where you pick your talents for certain levels before you play to inform your personal playstyle.

For instance, Mendoza can take passives that buff his rifle damage, or opt for faster reloading or a defensive-minded style. Thankfully, all of these upgrades are user-friendly and don’t require spending hours and hours of outside study. They’re also unlocked organically through “essence,” which is like a more interesting XP system that’s earned through kill neutral enemies (creeps) and capturing harvesters (structures) around the map. Yet, this attempt to customize the game to your liking also has a tradeoff.

While hero shooters are all the rage, they can also be a balancing nightmare. Having everyone serve as the same blank slate has its benefits, as that’s one less thing to balance. But with hero shooters, the team is constantly adjusting and tweaking little parameters here and there in an effort to keep everything inline: it’s a full-time gig for a full-time team. Amazon has its work cut out for it with Crucible.

A few characters, like Tosca (a tiny animal thing) are incredibly hard to hit and can blink (teleport) around quickly, which is a problem given the lengthy time-to-kill (TTK) period in Crucible. Others, like Drakahl (a giant fish thing) can feel overwhelming with lifesteal capabilities, when other characters must rely on medikit healing that makes them extremely vulnerable. So far, it’s very common to see some combination of Tosca and Bugg on each side since they’re so hard to nail down.

That said, Crucible has a very reasonable amount of characters right now (10) to the point where there’s something for everyone: either from a playstyle or personal angle. To be frank I actually really like the designs for the core 10 so far, and feel like the roster is way stronger than similar hero shooters (the garishness of Bleeding Edge and the boredom of Valiant comes to mind right away). A lot of love went into making them, and the devil is in the details like Bugg’s whirring eyes and rusted robot chassis; or Tosca’s lines and vocal performance that makes me laugh constantly. The roster will ultimately drive this game into a lot of people’s living rooms: it has that perfect balance of Saturday Morning Cartoon and grit.

The other driving element of Crucible is the game’s three modes, which should be very familiar. “Heart of the Hives” tasks players with grabbing “heart” objectives to win in a 4v4 format. “Alpha Hunters” is a one-life mode (battle royale) with eight teams of two and “temporary alliances” that are broken in the final three-person showdown. “Harvester Command” involves multiple points with eight-player teams that need to be captured for points.

Heart of the Hives can probably be considered the “core” mode and highlights a lot of Crucible‘s strengths. You drop in as a team, then battle over “hives,” which are giant NPC spawning ground bosses. After killing it (and fending off the enemy team) you grab the heart objective three times to win.

It’s thrilling when the objective is up and allows for a lot of chill moments with your team when there’s downtime in-between, killing mobs for essence. The other modes are a little more generic as they mostly focus on direct combat via deathmatch sensibilities, which only further showcase some of Crucible‘s buggy shortcomings, which I’ll go more in detail with below.

As far as monetization goes, Crucible feels bog-standard and more time will be needed to see if Amazon tries to pivot. It has a battle pass (like every modern game) with cosmetic rewards, as well as a “store” where you can buy skins, decals and emotes for “credits.” Skins range from 500 (mostly recolors) to 1000 credits (the unique skins), with credits averaging out at roughly $10 for 1000. Again, that’s standard for the genre, and if you log in before June 2, you’ll net 1000 credits for free: that’s enough to buy the first battle pass. An eight-week pre-season kicks off this week, leading into the first proper season.

While the nitpicks above can be considered minor complaints, and the baseline design philosophy of the game is sound (we need more genre-bending shooters that are around for more than a year: good luck to the team), the execution is lacking. Crucible is janky, plain and simple, and having an in-game model pop in and out of existence (even the drop pod) or stutter is commonplace. Amazon should also really take a look at their competition and make the act of shooting more impactful, as the current combat aesthetics and sound effects are frequently underwhelming. The same thing goes for the menus, which are washed out, and the lack of functionality like text or voice chat.

I’m going to keep an eye on Crucible and continue to play it. There’s shooters from years back that I still fit into my current rotation, but long-term support is what will really help make the game sing. Despite the fact that Amazon Game Studios has been around for nearly a decade, we have no idea if that’s actually in the cards. If not that’s a shame, as there’s a lot of personality here.