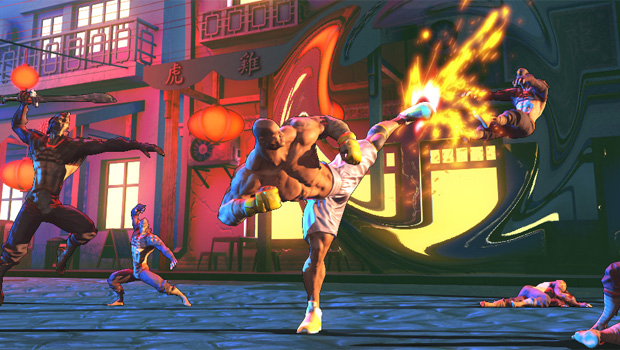 Back in January, Shaquille O’Neal revealed that work was in progress on a sequel to the 1994 game which painted the basketball legend as a kung-fu superhero, Shaq Fu. If you thought he was crazy, well, you may still be right about that one. But there is a game in the works, and an Indiegogo campaign has launched today to fund the completion of the project.

The original Shaq Fu is an extremely poor game, easily dismissed as a cash-in on O’Neal’s name and likeness. If it weren’t so damned silly on top of that, pitting Shaq against a mummy in an alternate dimension, it would have wound up in the dustbin, totally forgotten. It was just weird — and bad — enough that we’ve not managed to forget it.

The new game, Shaq Fu: A Legend Reborn, is described as a beat-em-up where players will be able to customize their character with a wide range of abilities and create their own fighting style, applying it in destructible environments against dozens of enemy types, alone or with a co-op partner. All of which sounds far superior to the flat, dull game which came before.

To Shaq’s credit, he knows that Shaq-Fu is a terrible game and admits as such early in his appeal video on the campaign page. The text of the project equally eager to distance itself from the original product in every aspect (excepting the name and main character), while touting the experience of the development team and the level of involvement O’Neal will have in the project.

The developer, Big Deez Productions, is a team of video game industry professionals that we’re told Shaq has assembled, with experience working on, “HALO, Street Fighter, Final Fantasy, Alan Wake, Spec Ops: The Line, Battlefield, Killzone, Max Payne, Duke Nukem, and many other huge franchises.” And that sounds impressive, but that’s what it’s supposed to do.

We do get a slice of the team in the form of this video. Big Deez is led by Saber Interactive’s co-founder and President, Matthew Karch, which explains the connections to Halo by way of the Anniversary Edition. Matt seems to have brought along Rick Raymo, a producer credited on the PlayStation port of Duke Nukem 3D and a number of other Duke products published by GT Interactive long ago, who has served since 2007 as Saber’s Director of Game Content. And then there’s Oliver Hollis-Leick, who has a decade of experience in motion capture yet is listed as a “Writer/Designer” at Big Deez. That probably has to do with his recent two years of experience working as a writer at — you guessed it — Saber Interactive.

Also appearing are producer Matt McKnight — who served as a producer for Electronic Arts, with Ty: The Tasmanian Tiger and a string of other, so-so games under his belt — and François Masciopinto, a business development consultant who seems to have no apparent connection to Big Deez other than a working relationship with Saber Interactive.

None of this is saying to me that Shaq-Fu: The Legend Reborn has a shot at being anything more than mediocre. It hasn’t impressed me. Maybe they’re funnier than they seem, the game will be zany and ridiculous in the way that Double Dragon: Neon recently demonstrated was possible, truly embracing the absurdity of Shaquille O’Neal doing kung-fu into something magically strange. There’s still hope. I’m just not sure how much hope when most of the team we know of worked together on Timeshift and Inversion. 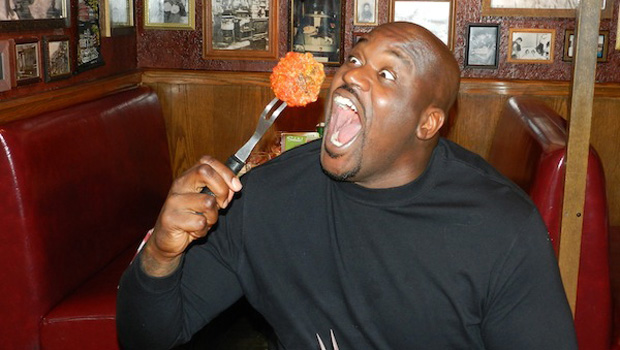 Maybe it will get by on a combination of cult appeal and backer rewards. O’Neal is offering his time on several of the upper funding tiers, including a visit to his home, the TNT set, and other meal situations. For just a grand he’ll follow you on Twitter for a year, but Instagram exists for the more budget-minded at half that.

But then there’s more in there which makes me uneasy too, like the two spots to work as a Concept Artist for Big Deez. The tier, which costs $6,500, states that the backer would work both remotely and at the Big Deez offices, collaborating with their artists and receiving a “Concept Artist” credit. I can’t imagine that this comes with any of the other things which having a job does, such as money or benefits, though there is the suggestion that it could lead to a real position in the company written into the tier description. That makes my skin crawl, the implication that it’s a real job you could be getting for your money, because even if it isn’t misleading, it’s tantamount to paying for a job interview or, at best, unpaid internship.

Maybe none of this needed to be said. If your expectation is that a sequel to one of the worst games ever released is a stellar investment of your money, you probably deserve what happens next. If it gets funded and released, it will be better than Shaq Fu was, of that I’m certain. I just question whether or not it’s worth the effort to demonstrate that you can make a better Shaq Fu at all.