I am a man in love. With metal. Show me an album with extravagant lyrics, majestic singing, and properly tuned instrumentation and I’ll be a happy camper for a good spell. But this love has gone under-served in the world of video games. We got Brutal Legend in 2009, which was awesome and a bit flawed.

But since then, there haven’t been many, if any games aiming to raise the horns. You could argue that Dark Souls and Bloodborne are pretty metal, but that only goes as far as the aesthetics. A true metal game lives and breathes the the spirit of the genre. Enter, Slain!

Honestly, I could just leave you with that gorgeous GIF and be on my way, but I suppose I should speak about the game a bit. Slain got its start as 7 Towers, a game by Andrew Gilmour. He still has some early footage of this version up on his YouTube channel.

As you can see, the aesthetic has remained rather consistent, but it has been improved greatly. The game ran a small Kickstarter campaign, asking for $12,000. They met their goal, hitting around $19,000.

I didn’t back it, as I heard about the campaign late and don’t really want to back games, no matter how good they look. I prefer to just buy games when they release instead. Once the time came and the release date was upon us, I bought the game without hesitation. This was a mistake, but I’m glad it happened.

The release being delayed a few hours should have raised a red flag, but I placed some faith in Wolfbrew Games, something that would pay off, eventually. Once I got into Slain, some things were immediately obvious. The game was super pretty and moody, just as I wanted. The music was not to my exact taste, but it fit perfectly.

The gameplay, however, was complete ass. It was so bad that combat felt randomized and platforming was impossible on keyboard. The script was also horrible, using L33t-speak in a few scenes. This led to the game being shredded by critics, as it should have been.

Now, for many games, this would be the end of the road. The game sucked and buyers felt betrayed over not getting their heavy metal video game, myself included. But, as the Manowar song goes, I believed. 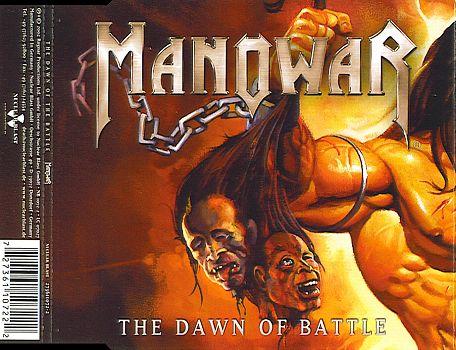 I checked out the Steam forum for details and maybe an apology. Instead of nuking the forum of criticism like lesser developers would, Wolfbrew offered some answers and took the criticism to heart.

If I’ve got the details right, their programmer had left the project on release, which left the others with no way to fix the game until they hired a new one. I think they felt stressed about getting the game out, since it had already been delayed.

Then, over the course of many months, from March 2016 to August 2016, Slain slowly crawled out of mediocrity and became much closer to the metal game I wanted. The controls and sound was fixed, bosses were added and reworked, a sick parry system was introduced, and the game let you head bang on top of slain bosses.

This dedication to the craft and willingness to listen should be applauded. Many games get fixed over time, but it takes a certain something to go from trash to good in just a few months. They took the whole thing in stride and I bet they’ve become much better developers. That’s why I’m glad I bought Slain on release and gave Wolfbrew a bit of money so that they could fix the game up.

That whole ordeal left me with a really satisfying Classic-Castlevania-esque metal game and a free copy to send to friend. But beyond that, it also showed me the potential of Wolfbrew and leaves me hopeful for whatever their next game is. It looks pretty dope.