Releasing on PC and Mac in spring

In recent years, Kickstarter has opened the doors for a lot of developers looking to make things happen. It’s a real pleasure to see titles that would’ve never been greenlit by publishers find an audience willing to put up cash for projects. Crossing Souls, for example, clearly resonated with many as a tribute to a bygone era. Once I saw that trailer, I was swept back to a time when I looked forward to watching Saturday morning cartoons and playing my SNES after school.

Developer Fourattic was on hand with Devolver Digital at E3 2015 to give the press some hands-on time with Crossing Souls ahead of its release next year on PC, Mac, PS4, and PS Vita.

Set in a small town during the summer of 1986, a group of friends stumble across an ancient artifact that allows them to connect with the world of the dead. Interacting with ghosts of former residents, both long-past and recently departed, they begin to learn that things are not what they appear to be in their boring, quiet town. But soon after, they discover that several forces want control of the relic for themselves, and they must evade police, the U.S. government, and other supernatural entities in order to keep it out of their hands.

The developers behind Crossing Souls cite ’80s films and TV, along with ’90s video games like EarthBound and A Link to the Past as their major sources of inspiration. During my half hour with the game, it was clear that this was a love letter to the era. It not only exudes style channeling the playful rebelliousness of E.T. and The Goonies, but also the sense of adventure found in SNES action/adventure titles.

Stylistically, it’s a charming game featuring VHS-esque distortion during many of the animated cutscenes. And with music from Timecop1983, one of the Internet’s more well known Snyth-Pop artists, Crossing Souls pulls those nostalgia strings hard, and it does so in an evocative way. 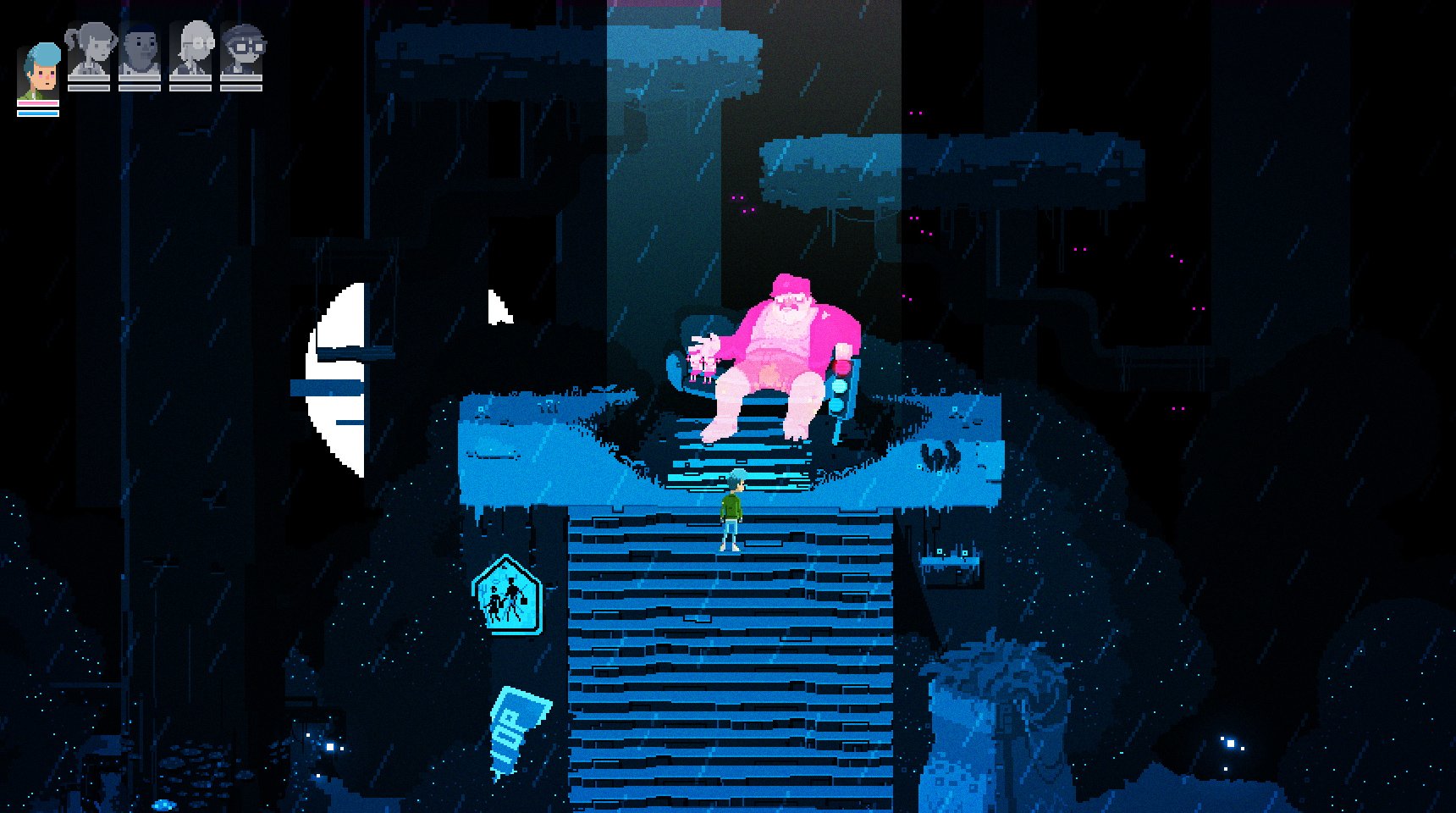 As the group must keep the balance between the world of the living and the dead, they’ll have to explore both realms simultaneously. Each of the five friends possess their own strengths, which necessitates switching between them. Some have certain skills for climbing and heavy lifting, while others have access to ranged attacks.

While exploring the town, you can freely interact with the folks from both the living and dead realms. It’s completely open, and you can uncover side-missions and events that will have you explore the furthest reaches of town. My favorite part of the demo was exploring the town square and seeing ghosts from the past comment about 1980s culture. It was interesting to see the changes between the two. In one world you could be relatively safe in a populated area, but in another you might get swarmed by vengeful ghosts looking to attack anything alive.

Also featured in the game will be an Arcade mode. Throughout your adventures, you’ll come across mini-games and special encounters that will have you take part in a trial of wits and timing, and after they’re completed you can play them again at any time within this mode. During one segment, I had to evade the police on my bike in style very reminiscent of Battletoad‘s infamous speeder bike sequence. Thankfully, this one was a lot more fun and less stressful. I wonder what else the game has in store. The mini-games were a cool diversion from the core gameplay, and I’m sure most players will find one they’ll gravitate to.

I wish I could’ve spent more time with Crossing Souls. I’m a huge admirer of 1980s culture and entertainment, and it hit all the right nostalgic notes. This was totally the type of game any ’80s and even ’90s kid would want to experience, and it recalled all the cool moments I had playing video games or watching cartoons back then. Fourattic channels that sense of wonder and awe of experiencing something so fresh and charming. I can’t wait to see more from this title in the coming months, and with its release next spring, you’ll get to re-experience an era of exuberance soon.