Devil May Cute returns, and is better than ever

Doujin hack-and-slasher Croixleur debuted on western shores early last year, and it packed quite a punch. The game drew inspiration from the Devil May Cry series’ Bloody Palace mode, pitting players against waves of enemies, massive bosses, and time. It was well-crafted but also very austere, featuring very little outside of a solid arcade experience.

A year later, Souvenir Circ. and Nyu Media have returned with Croixleur Sigma, a new and improved version now available via Steam and other digital retailers. 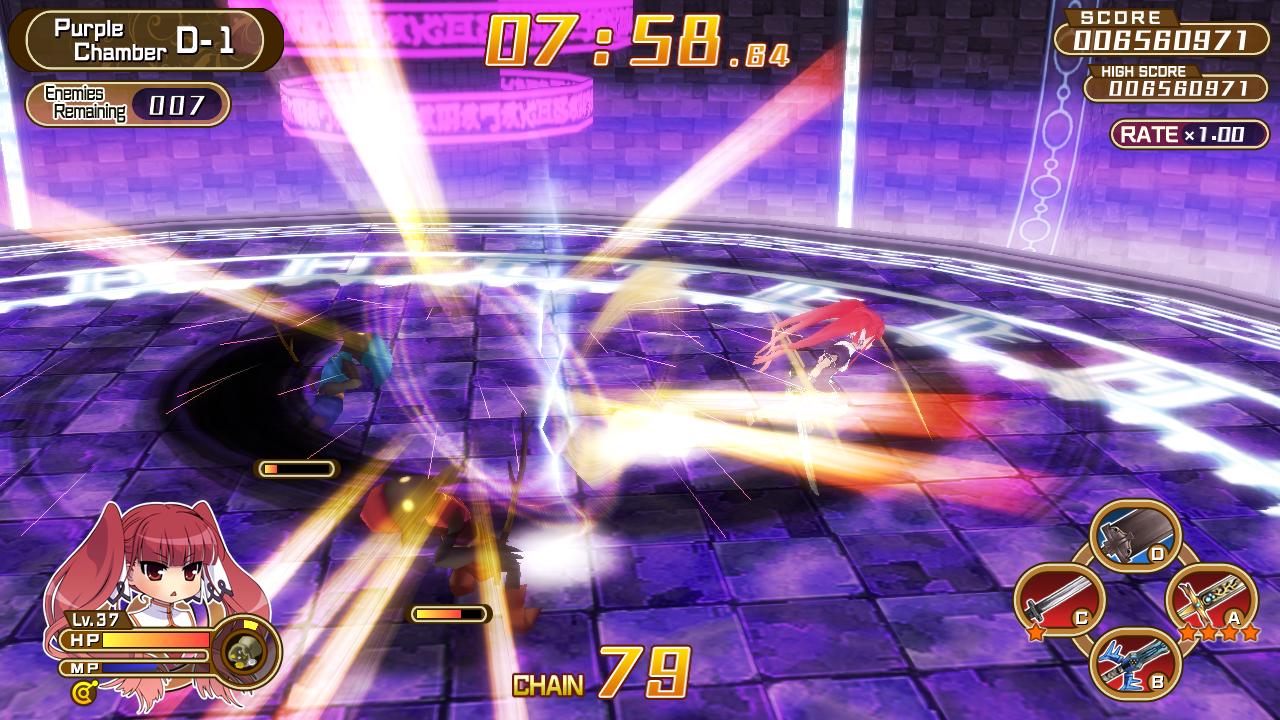 Despite all the new facets, though, Sigma isn’t all that different from last year’s game. Truth be told, running the old alongside the new, I found it difficult to tell the versions apart. Aside from some superficial flourishes, new lighting effects, and change of hues, any differences that exist are pretty minimal. And the game is so fast-paced that it’s really hard to notice anyway.

At its core, Croixleur Sigma is still a spartan action game. Players will slash, dash, and repeat; dispatching enemies and collecting coins in a race against time. It’s exhilarating and mechanically sound, but also decidedly one-note. The original game was simplistic to a fault, and that’s something the new additions, no matter how welcome, don’t really remedy.

Still, Croixleur is a good bit of fun. And Sigma is even better, especially for those hunting for something to play with a buddy for an afternoon. Considering the modest asking price, this is definitely something action fans would do well to check out.

For those that have played the original, you really don’t have a reason not to take Croixleur Sigma for a spin. The good people at Nyu Media are providing free upgrades to folks who own the first game. So do make sure to take them up on that offer. As for everyone else, you can grab it here.