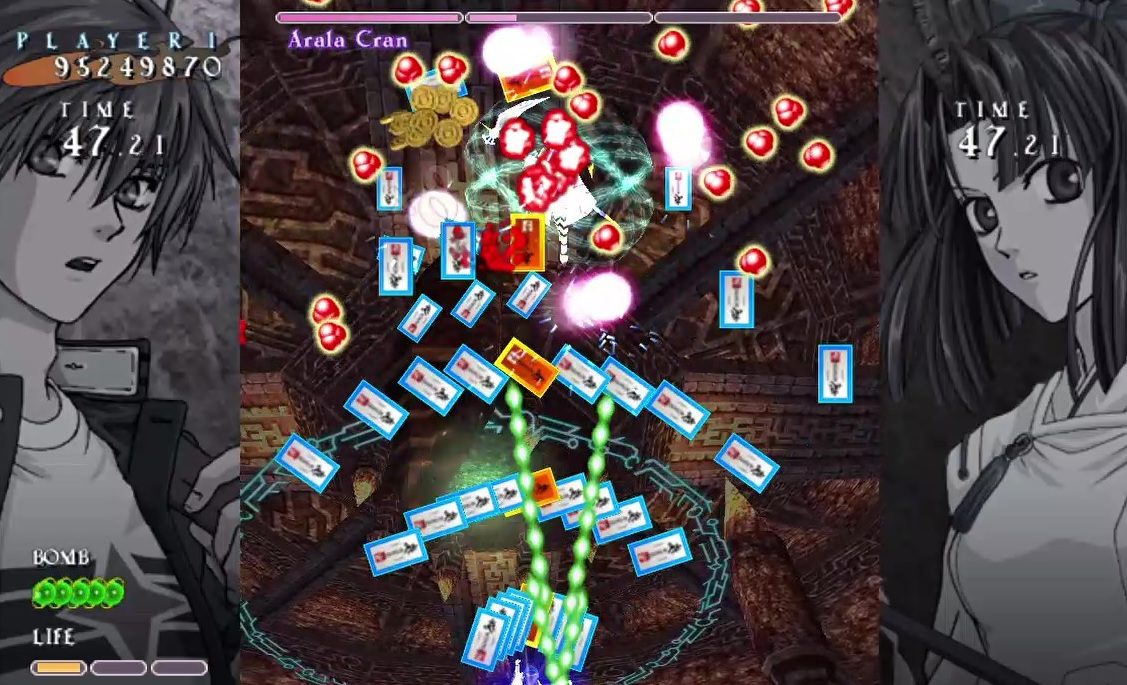 Stock up on blister Band-Aids

Monday is going to be one helluva day for button-mashers, as Degica Games has announced that it is launching not one, but two classic arcade shmups on PC via Steam — Yotsubane’s Crimson Clover: World EXplosion and Alfa System’s Castle of Shikigami 2 will both jet into action on December 6, each bringing high-intensity action and doomsday storytelling.

First released in arcades in 2011, Crimson Clover is a typical, tough-as-hell vertically scrolling shmup that tasks a lone wolf hero with uncovering the whereabouts of — and ultimately destroying — a planet-killing superweapon, the Crimson Heart which is presided over by a devastating invading force known as the Gorgoneion. World EXplosion, already available on Nintendo Switch, is a fully rearranged version of the arcade classic, featuring brand new modes such as Training and Time Attack, as well as a redesigned scoring system and a new “currency” exchange, whereby players can trade in a percentage of their score for new ship upgrades, such as speed boosts and handy support turrets.

Castle of Shikigami 2 was a hit in Japanese arcades in 2003, swiftly making its way into homes via ports on GameCube, PS2, Xbox, and Dreamcast. Set in the far-flung future of… erm… 2006, Castle Shikigami 2 has players select from one of several stoic warriors before waging war against hostile forces, residing in an enormous domicile that is hovering over Tokyo. As is typical of shmups of the day, Castle Shikigami 2 blends anime-style aesthetics and a high-stakes narrative with non-stop, pulse-pounding action. This release will include all-new features, including rearranged enemy placement options, the ability to switch characters at a whim, as well as a (much-requested) fresh translation of the game’s text.