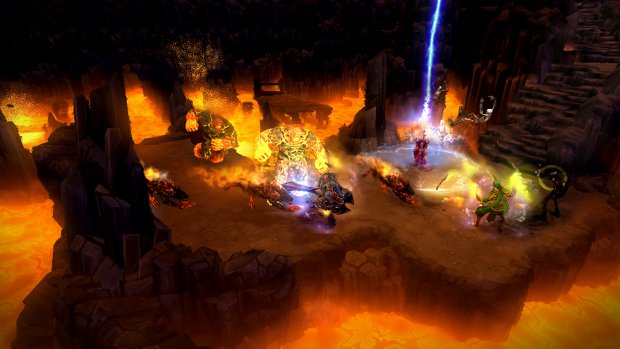 If you’re enjoying Crimson Alliance but are getting close to the end, or have already beat it and want more, there is good news. Certain Affinity is releasing an add-on for the game, titled “Vengeance” that will add a new campaign level and challenge map. The challenge map, Fist Full of Coins, will send waves of increasingly difficult enemies after you and reward your wins with loot.

DLC can be a touchy subject, and there might be some people out there who are not happy about this coming so soon after the game’s release, but I take “Vengeance” as a positive sign. To me it means that sales were high enough to warrant more gameplay, and as far as I’m concerned, that is good news. “Vengeance” will go live October 12th for 240 Microsoft Points.