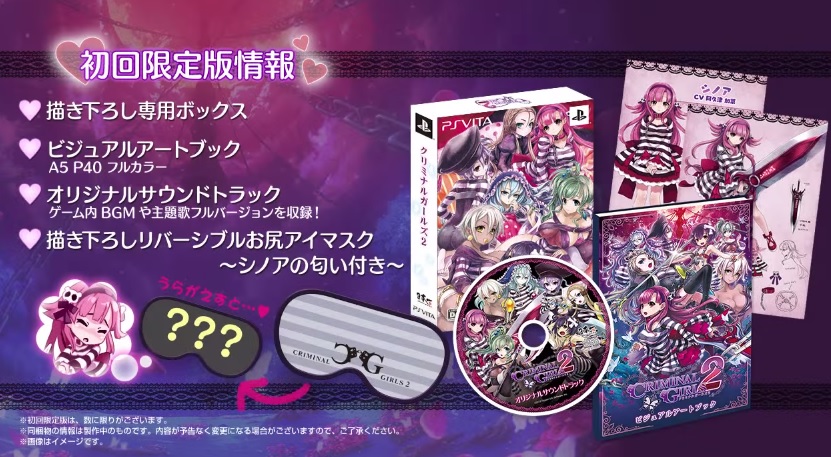 NIS has just put up a new gameplay trailer for Criminal Girls 2, and as I noted above, you probably shouldn’t watch it at work. NIS promises that it’ll be a tougher game in general with an expanded battle system, and it’ll launch in Japan in November, exclusively on Vita.

I wonder how the localization will be handled this time around, if it happens. It’s still crazy to me how many games are localized these days compared to previous generations, but I’m not complaining!