Since its August 2009 launch, Vogster Entertainment’s third-person shooter MMO CrimeCraft has evolved dramatically. Listening to its community, Vogster has molded CrimeCraft into a drastically more refined experience compared to where it started over a year ago.

On Saturday, December 4 at 7:00 PM Eastern, CrimeCraft will see the next step in its evolution — Bleedout. In what could be considered the first “true expansion” for the title, Bleedout introduces a new campaign, features set, and narrative that will extend the CrimeCraft universe in ways previously unseen.

Vogster recently stopped by to catch us up with what’s been going on with CrimeCraft this past year, as well as what’s in store for players when Bleedout launches this weekend.

The evolution of a criminal network 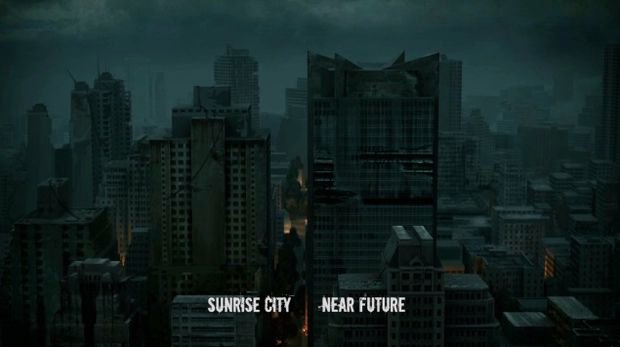 The past year has brought vast change to CrimeCraft, the details of which would exhaust both my fingers and your eyes. Suffice it to say Vogster has been busy, refining everything from the in-game map to how players interact with one another via in-game lobbies. Just over the past few months, for instance, new maps have been seeded into the game, expanding game possibilities. Regular tournaments now even offer players opportunities to win everything from real-world cash to in-game loot.

The details of every tweak and addition would be an article in and of itself, but one of CrimeCraft’s most major changes since launch makes it easy to see it for yourself — Vogster has adopted a more traditional free-to-play model since its 2009 release.

“There’s almost nothing that hasn’t been changed [since launch],” Vogster’s Director of Marketing, Casey Dickinson tells me of all the changes.

“The Big Bleedout,” and why there are no damned cars in CrimeCraft

While all of these changes illustrate the evolution of CrimeCraft, the upcoming Bleedout content that really marks a line in the sand for the franchise.

“This is a whole new generation of CrimeCraft,” says Kennedy. “[It] was a solid shooter when it came out, but it didn’t have much of a kind of identity beyond the crime theme.”

With Bleedout, all of that changes, with a deep campaign narrative that will not only ties the world together, but sets up an entire narrative foundation on which Vogster can build. Kennedy admits that the CrimeCraft world simply just was, featuring characters with little motivation or agenda. The game was originally designed left open for player interpretation, with the idea being that players would help develop a narrative within the community. But it quickly became clear that players wanted an advancing narrative, and started asking questions about the game world and how it ties into game mechanics. Bleedout answers these questions, the chief of which being “Where the hell are all of the cars?”

It’s all about oil, or rather, the lack thereof. During an event known as “The Big Bleedout,” the world’s oil supply has dried up over the short span of only nine months. As the cornerstone of the entire global economy, society falls into ruin. Bleedout takes place in Sunrise City nine years after this catastrophic event. This is a city walled-off from society at large, run by six criminal factions who are attempting to keep some kind of order amid all of this chaos. Players are caught in the middle of it all, taking missions from various gang lords and mercenaries, working towards unraveling the mysterious of what appears to be a larger global plot.

On Saturday, December 4 at 7:00 PM, every CrimeCraft player will receive a “ticket” which signals the start of the Bleedout campaign which will span ten episodes. Vogster will release these new episodes weekly, every Saturday at 7:00 PM. If this episodic formula sounds familiar, that’s because Vogster is taking a cue from the most likely source — television.

“We’re kind of modeling it after a campaign of a TV show like Lost,” Kennedy tells me, “where there’s a whole lot of intricate sub-plots. Each episode is relatively self-contained, but each one builds off of the last one to a larger arc.” 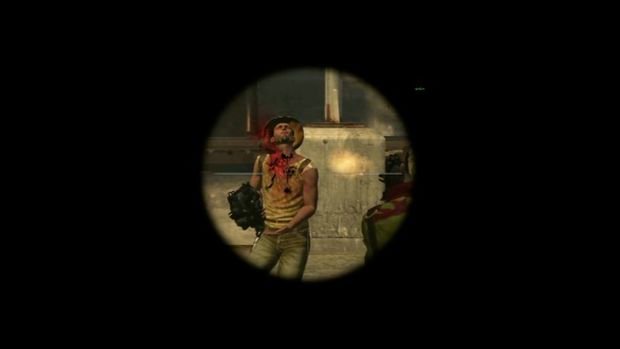 Each episode will contain eight to 10 missions, I’m told, which should take players roughly three to four hours to complete. These missions are separate from the existing instance gangster missions, and stand apart from the the third-person action oriented player-vs-player game types, which are all still available. Kennedy says each of missions are “cleverly scripted,” with objectives that not only fit the story line, but may also be completely unique. While the one missions I saw in action involved clearing an area of a number of thugs in a given time limit, Vogster plans on using the game’s existing mechanics in some interesting ways to add some variety. One example, I’m told, could be trailing a target quietly and taking surveillance photos, with the photo mechanic similar to using a sniper rifle.

It’s this sort of variety that seems to give the whole Bleedout campaign a different vibe than typical MMOs, one that almost threatens to feel like a single-player third-person narrative-driven action experience. In fact, Kennedy tells me that many of the missions can be completed alone, if you choose. Cooperative play is also being encouraged, with a difficulty option that will reward players with more loot and bonuses based on completing higher levels. I saw Vogster’s Casey Dickinson attempt one mission that had snipers making his life difficult; in this instance, playing the mission with friends and gang members would have certainly been ideal. 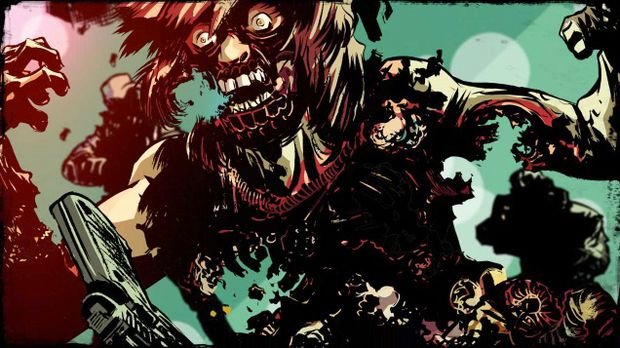 Vogster has also teamed up with some major illustrators in the comic book world in order to deliver animated cut-scenes that will act as bookends for the game’s weekly episodes. Artists like Ben Templesmith, Howard Chaykin, and Tim Bradstreet have already been confirmed.

Illustrator Nathan Fox will cut the ribbon this Saturday, with this introductory cut-scene:

I don’t give a damm ‘bout my reputation… well, until now 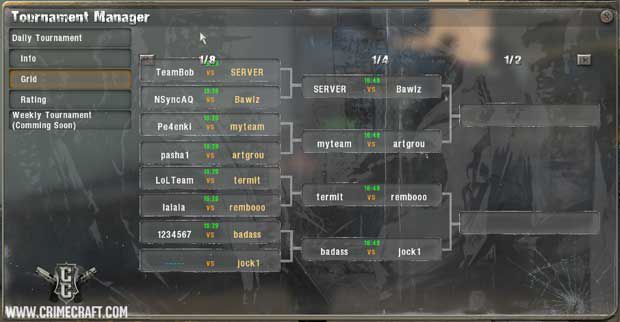 In addition to the episodic content, the Bleedout campaign also marks the addition of CrimeCraft’s new reputation system. This system encompasses almost everything a player does, including PvP performance, tournament standings, and all of your achievements, XP, and missions unlocked in the PvE campaign. Simply having your character maxed out at level 50 doesn’t say much about how good you are at the third-person PvP shooter experience, for instance. By combining various factors, Vogster hopes the reputation system will be a better indication of a player’s “worth” (for lack of a better term) in the CrimeCraft universe.

Interestingly, Vogster will also track player’s activity outside of the game in determining a player’s reputation. Participations in forums, recruiting people into the game, and helping other folks out will all play a role. Participating and subsequently winning contests, like the recent one that had players designing promotional in-game billboards to publicize their gang, will also be taken into account. 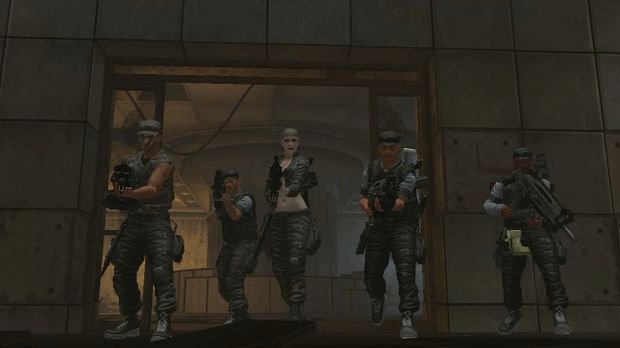 If you’ve been out of the CrimeCraft loop or simply have never tried to emerge yourself in its world, Vogster doesn’t want you to feel left out. Given the drastic changes made and the new content coming, it has gone out of its way to make CrimeCraft and the upcoming Bleedout event as approachable as possible.

An all new “Prologue Campaign” has been designed that will help players get accustomed the general mechanics, training wheels for the “real world” of Sunrise City. Once this mini-campaign is complete, Kennedy tells me, players should have reached level five, plenty experienced to take on the Bleedout missions when they go live this Saturday.

And with CrimeCraft’s free-to-play model, Vogster is hoping PC gamers are going to be willing to give it a chance.

“We’re really hoping that if people hadn’t heard of CrimeCraft in the first place, they’ll be intrigued enough to give this a shot,” Kennedy says. “If you maybe felt like it didn’t hold up a year ago, it’s changed an awful lot… hopefully that will bring people back.

“Hopefully [players] will like the changes enough to stick around a little bit.” 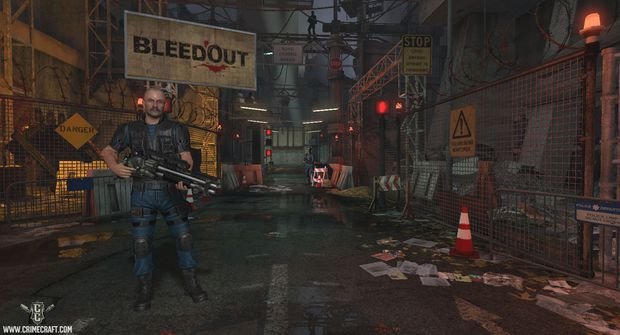 The CrimeCraft client is available now as a free download; Bleedout will launch on Saturday, December 4 at 7 PM. Destructoid will be forming an in-game gang for the event; check back soon to see how you can get involved and a get a few in-game goodies in the process.