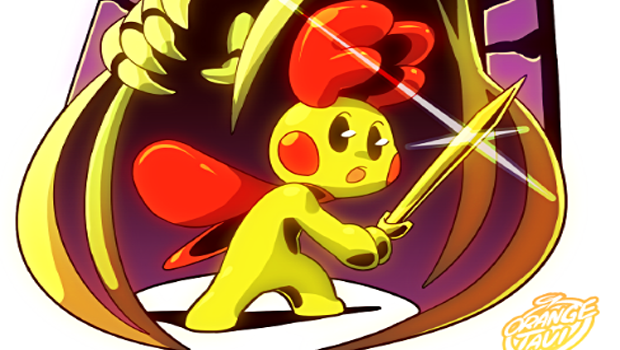 An adorable unearthly glow permeates throughout

Creepy Castle is a sweet little Sinclair Spectrum-influenced game that’s running one of the more humble Kickstarter campaigns in recent memory. The game only needs $6K to live. It’s at about $5K now with 3 days to go. Oh no!

Thankfully, these newly announced cameos will likely be enough to push the game into full funding before Friday. Super Meat Boy‘s Dr. Fetus, Chica from Five Nights at Freddy‘s, and Shovel Knight‘s Plague Knight and titular star are all set to play a part in the Creepy Castle. It looks like Plague Knight is even playable.

That’s the exact kind of support a unassuming little game like this needs. The demo offers a lot of charming little surprises, but it doesn’t have a lot that you’d call marketable with a capital “M”. Getting endorsed by Team Meat, Yacht Club, and Scott Cawthon will hopefully be enough to make up for its lack in conventional selling points.