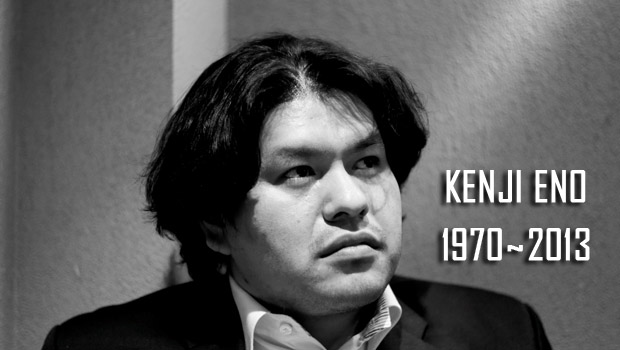 Kenji Eno dies at the age of 42

In the midst of all the PS4 announcements and excitement, there was a bit of sad news to come out of Japan to put a damper on the hearts of longtime gamers. Kenji Eno, the eccentric and highly unusual game director and musician, died at the age of 42 on February 20th. Asahi reports that the cause of death was a heart failure.

Eno was known not only for his unusual games, but his highly unpredictable behavior as well. In 1996, he packaged condoms as a first press reward with the game Short Warp, and he made all kinds of noise when he during a press event took a plushie of Playstation’s then mascot Jumping Flash and stomped it to the ground, forever burning his ties with Sony. But in the West, he’s most well known of his horror games D, Enemy Zero and D2, and he was a pioneer in using audio in games with his Real Sound game, the very first game for the blind, released on Sega Saturn. His last major release was You, Me, and the Cubes, available now on WiiWare.

Eno leaves behind a wife, and a memorial service will be held in Tokyo on February 25th. Rest in peace, good sir.