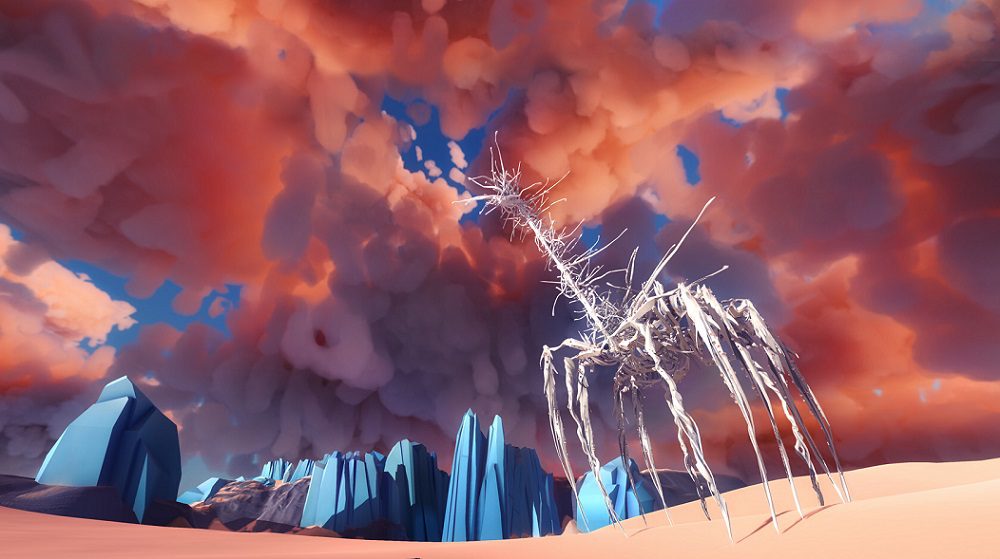 Pixel Reef has announced that its gorgeous virtual reality adventure Paper Beast will arrive on PC via Steam next week, following on from its launch on PS4 earlier this year.

Created by Eric Chahi of Another World fame, Paper Beast is an exploratory experience set within a strange alternate universe, populated by well-known wildlife styled in origami fashion. Utilising immersive VR, players can explore the strange landscape, solving puzzles and interacting with the fold-filled inhabitants. Alternately, players can create their own world via Paper Beast‘s deep sandbox editor.

Paper Beast for PC will support HTC Vive, Oculus Rift, and Valve Index VR headsets. You can check out the title’s calming atmosphere – something we could probably all use right now – in a new trailer below. Paper Beast launches on PC July 24, and is available right now on PS4.