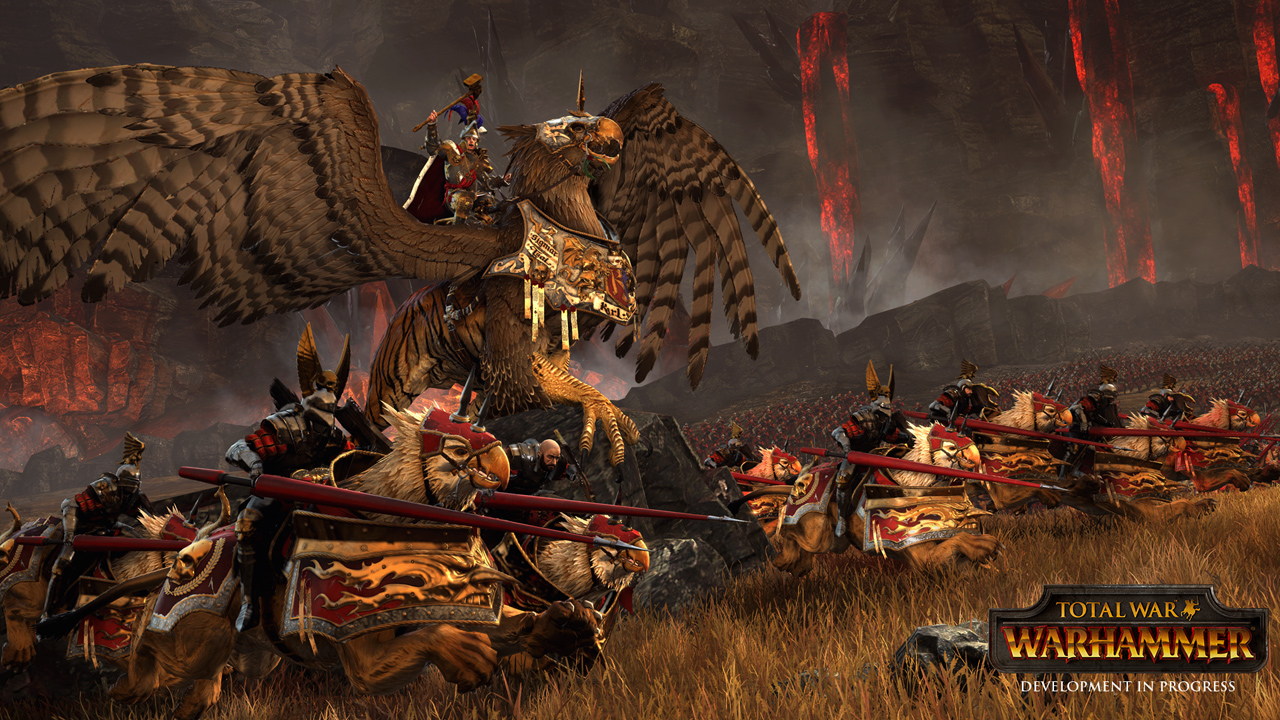 Or just watch this grand battle

Alongside this non-gameplay video for Total War: Warhammer, Creative Assembly has explained how it’s going to label promotional materials for the strategy game going forward. I was happy to see the studio talk about this stuff and wanted to highlight it as a good practice worth emulating.

Today’s release is an “in-engine cinematic trailer.” It sports some custom animations “to help [Creative Assembly] explain what’s going on,” as well as post-processing effects like motion blur and enhanced depth of field. “Not features you’ll see in the game, but in these cinematic trailers we’re trying to create atmosphere and tell a story. These techniques help us do that.”

The studio intends to label all footage of Total War: Warhammer as either gameplay, in-engine cinematic, in-game cinematic, cinematic trailer, or livestream. Read up on that here.

Looking ahead, there’s going to be a developer walkthrough video, “The Battle of Black Fire Pass,” on July 30, 2015. Until then, join me in marveling at Karl Franz’ elaborate armor.