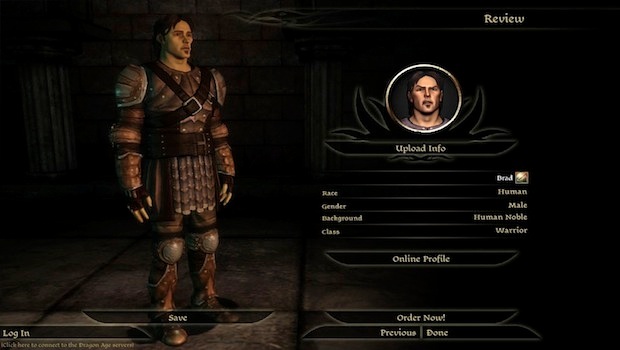 As planned, the Dragon Age: Origins Character Creator hit the Internet earlier yesterday afternoon. Made available so players could get a jump on the game instead of staring at a creation screen for the first few hours, it doesn’t disappoint. Then again, it isn’t an ambitious downloadable — it’s just a character creator. I would find it hard to believe that such a thing could fail.

Especially when it’s so easy to make me with it. Last night I decided to mess around with the tool, and like with Champions Online, I made a Brad Nicholson. Unlike Champions, this creator isn’t about outlandish creation — the options here are like with the later Elder Scrolls games, except turned down a few notches to avoid extensive brow or eye spacing issues. As such, you can make a remarkably lifelike character without so much of the hassle.

Hit the gallery to check out my Brad Nicholson creation. All the tweaks are pictured as well, that way you can duplicate my design and have the ultimate Human Noble from the second Origins releases on November 3rd. You’re welcome.