THIS IS MY BOOMSTICK!

In the indie games scene, procedural generation and rogue-like elements seem to be the golden formula one strives for. I can’t tell you how many games I’ve heard about with those two buzzwords attached, but Mothergunship is just another to add to the list. In a very awesome twist, this game decides to not take itself seriously and allows the players to create custom guns with a system similar to LEGO bricks.

Speaking with Joe Mirabello from Terrible Posture Games, he said the whole idea behind Mothergunship was to give the player as much freedom as possible. He doesn’t like how rogue-like games with crafting elements end up being about exploiting gameplay systems instead of showcasing the creativity of the person behind the monitor. In an effort to let players not only make broken weaponry, but express what their personal playstyle might be, Mothergunship accomplishes that with gusto. 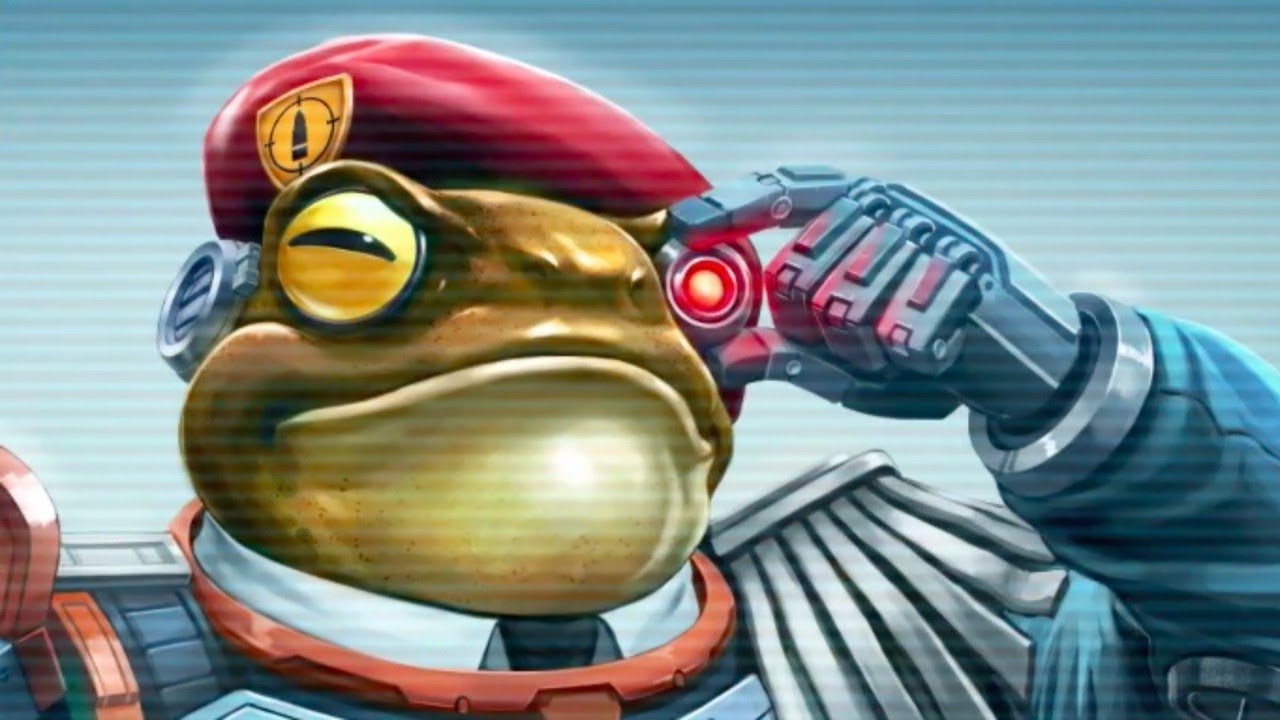 The story is, essentially, you’re a dude in a mech suit being commanded by a frog that suspiciously looks like Slippy Toad, and you’re trying to stop an alien invasion in the most ludicrous way possible. Why stick to conventional guns when you can just craft a minigun, rocket launcher, mine thrower and lay waste in seconds?

Well, something as powerful as that comes at a cost. The big hook with Mothergunship is that anything you add to your weapon will draw on a power source for that particular gun. You can’t just have sixteen different barrels on your firearm and expect to hold down the mouse button. The more you add on, the more your gun will burn through your energy and the longer you’ll need to wait for it to cooldown. At least you can hold a gun in each hand, meaning you can alternate between super death and regular death to balance out your power meter. The only requirement is that gun barrels point forward, but otherwise you’re totally free to concoct from insane firepower.

Guns aren’t the only thing that can get absurd, though. The most noticeable element from the PAX demo was a form of gravity boots. You start off with a triple jump, but you can find power-ups in the game world that could theoretically let you jump 100 times in succession. You’ll become Icarus, just you’ll be able to blow up the sun. 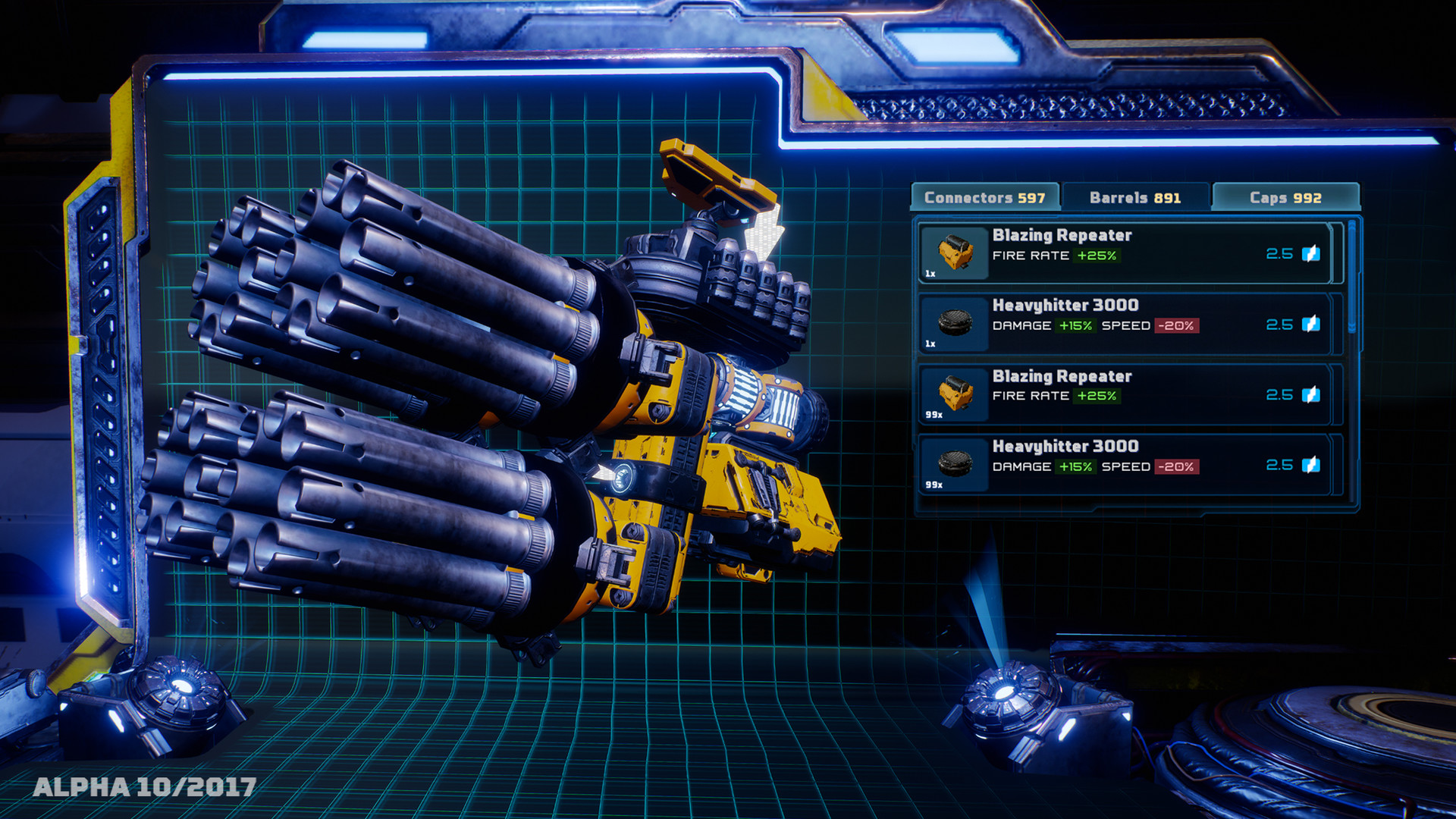 As for how the rogue-like elements come into play, death means you’ll restart from the beginning of the journey, but Mothergunship does feature a progressive unlock system. You’ll earn XP that you’ll then be able to spend when restarting the game that helps you unlock better weapons or armor from the jump. I could see that being useful, because I did die a few times going through this preview build.

The level design is also procedural, though specific events will have curated rooms for you to explore. Boss battles are all handcrafted and the one in the demo took place in a long, cylindrical hallway with floating platforms. There were even jump pads, which reminded me a lot of Quake, though access to quadruple jump kind of negated that.

While going through the main rooms, you’ll happen upon alternate routes that will allow you to gather more supplies and upgrades. In addition to gaining XP for killing enemies, you’ll also accumulate currency that can be spent at shops. What’s on offer will range from health and defense bonuses to more gun parts that you can immediately equip. I’m sure the various gun pieces will also be available there, but this demo gave us access to literally everything. 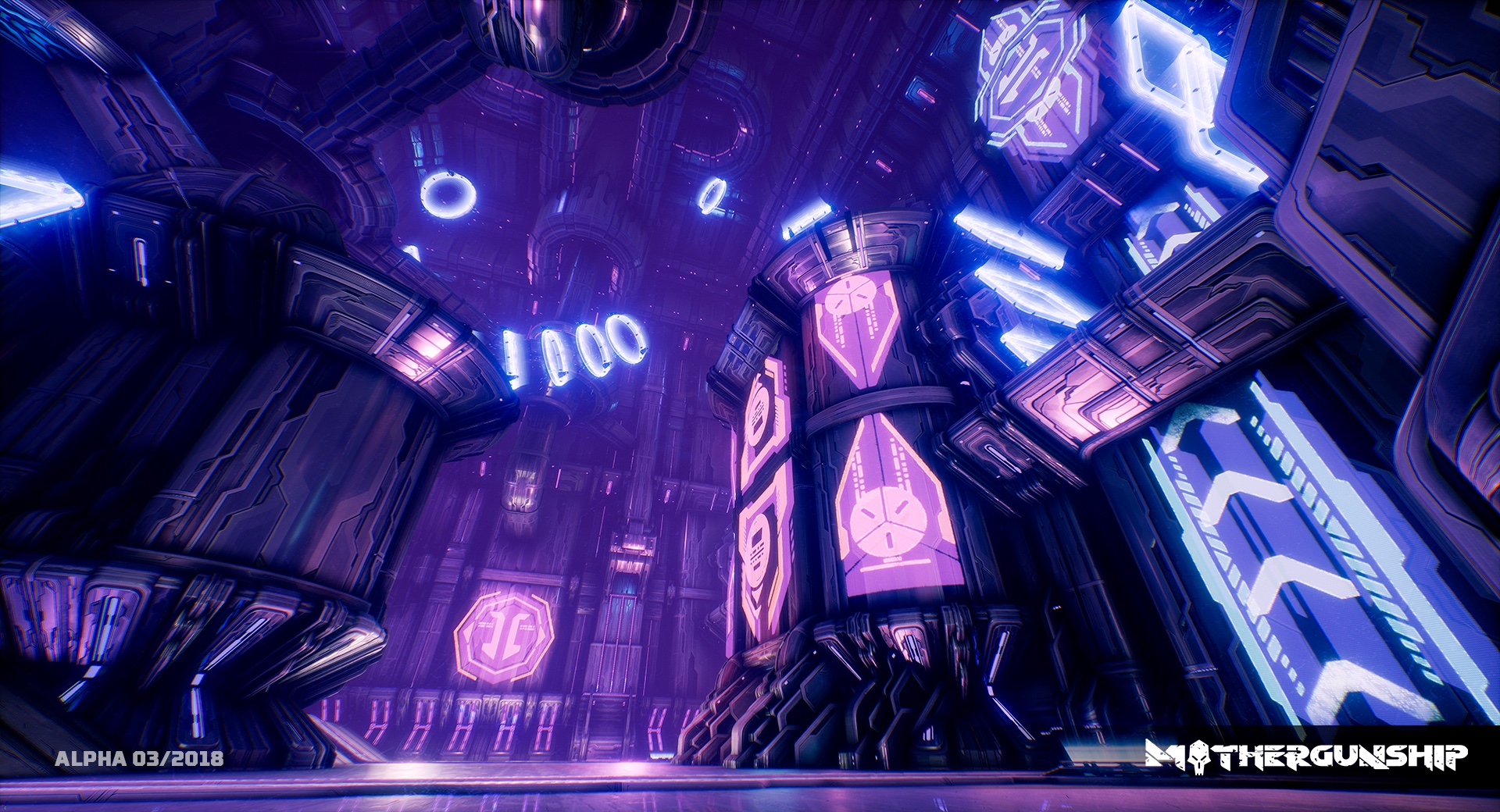 The demo was fairly short, so I didn’t get a good fix on what the enemies will be like. Most of what I fought was just turrets and robots, but I would imagine there is some form of organic aliens you’ll be facing. The AI isn’t particularly good and you can even manage to make turrets rotate to shoot their friends, but the handling feels pretty smooth.

My biggest problem was mostly how little feedback you get when taking damage. It was kind of hard to figure out where I was being shot from, even while wearing headphones. The screen uses that typical Unreal engine blurring effect to highlight which direction enemy fire is coming from, but I couldn’t quickly discern what that was relating to.

I’m also not sure how I feel about the procedural maps, because they all looked pretty damn similar. For some reason, the gunship I played on had lava running through it, but basically every room had a bridge in it. One room even had three bridges, which is a bit confusing for a spaceship that is supposedly small.

At the end of the day, however you feel about rogue-likes and procedural maps will probably paint your perception of Mothergunship. It runs smoothly, looks decent enough and has a totally bonkers gun creation system, so I could see people getting involved in this. I’m not sure I can deal with yet another rogue-like title, but the charm of having a quintuple barrel shotgun is certainly appealing.