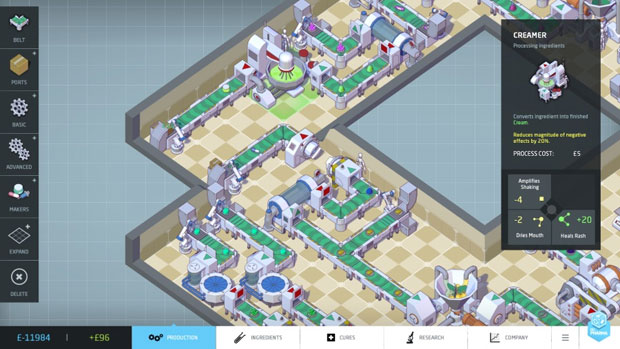 Playable at EGX London this week at the Positech booth

One-man studio Twice Circled has announced a new strategy sim for PC that will put players in control of a pharmaceutical business and, damn, what a great setup that is.

Big Pharma is described as “a really tight puzzle game about production lines” but there’s the larger context of the industry — seasonality, patents, and morals — that has me interested.

Developer Tim Wicksteed also has a blog post up about one of his major influences, Transport Tycoon, in which he covers the successes and failures of the classic Chris Sawyer title and his plans for building on that foundation with Big Pharma. It’s worth a look, too.