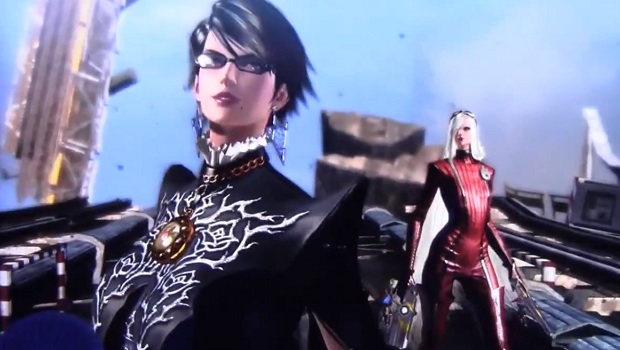 We knew Bayonetta 2 was coming for the Wii U, but Holmes was mega excited to get his hands on the game at E3. Nintendo’s Gil Ruta aided Holmes with his “stripping, kicking and purple whipping” as Bayonetta took on a host of enemies, all the while standing on top of a speeding fighter jet!

It seems Platinum haven’t mislaid the sense of style, humour and sheer over-the-top action that made Bayonetta a stand-out in the previous generation of consoles. Also making an appearance is Jeanne, Bayonetta’s sometime rival who helps Holmes take out a pesky boss. Whilst Gil couldn’t confirm Jeanne as a playable character, I’d put money down that we’ll get to play her in the game’s co-op mode.