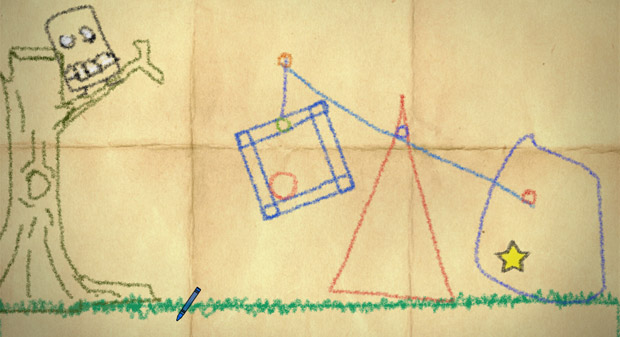 Try not to use the same solution for every puzzle

You’re all familiar with Crayon Physics Deluxe, right? It’s been around for quite some time (pardon the ancient review), originally winning the Independent Games Festival’s Grand Prize back in 2008. Kloonigames has released an iPad version of the physics puzzler, and if you download the game today, it’s completely free.

Given the touch-based interface, this seems like the perfect game for young children, if you happen to have some of those. And even if you don’t, it’s still worth the download. Crayon Physics Deluxe will also be launching for Android “very soon,” according to the developer.