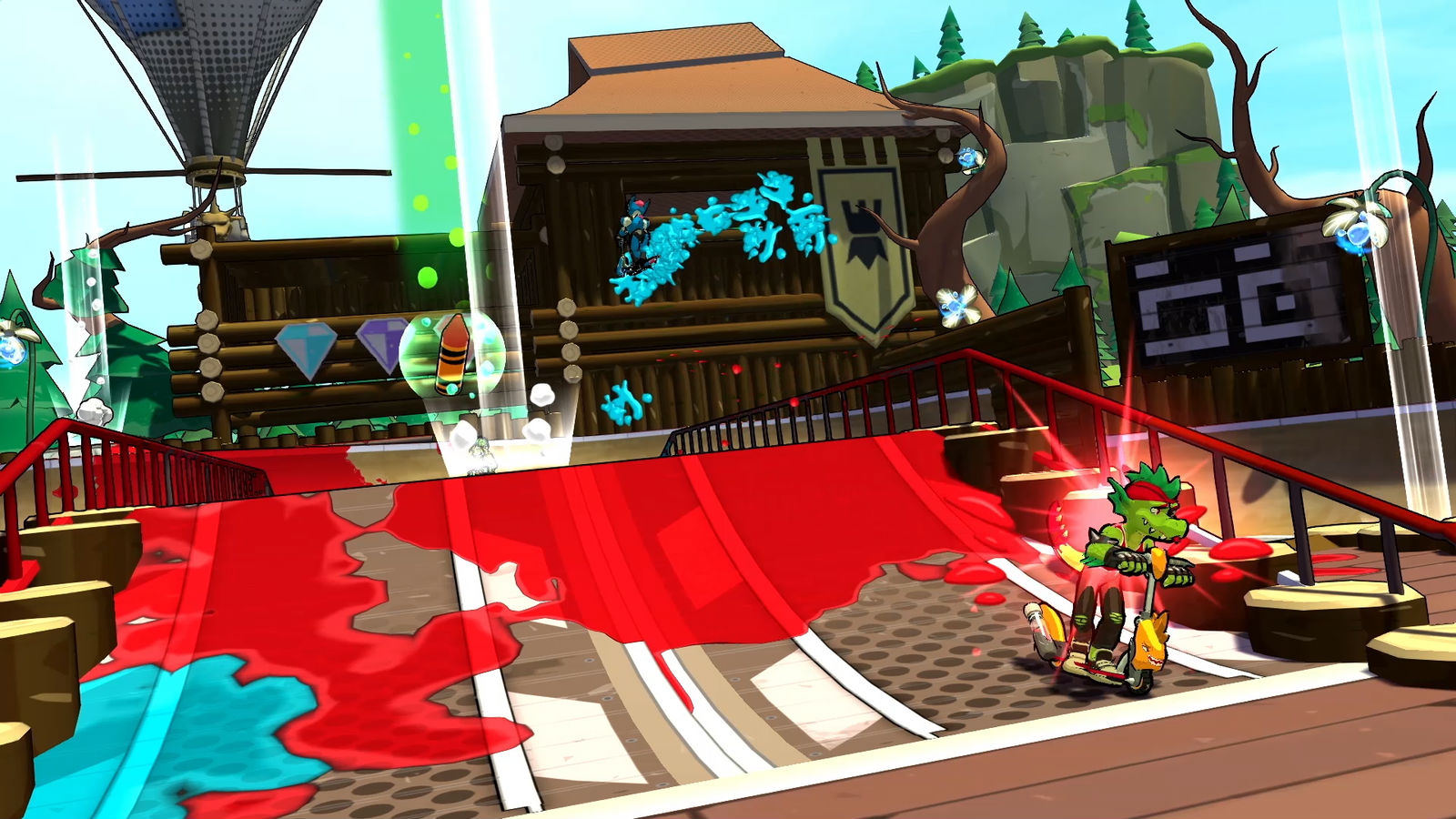 Crayola Scoot, a four-player mishmash of so many games, most notably Splatoon due to its blot-paint influence, quietly flew under the radar when it was announced, but now that it has a release date of October 26 it caught my eye — this is happening.

Billed as a family friendly experience it’ll feature 12 arenas and six modes, most of which seem to have a Tony Hawk’s Pro Skater analog. The flow of the game involves “performing insane tricks and jumps to splash your color to activate traps, boosts, and shortcuts,” which actually sounds cool on paper? I’m being hypnotized here — we effectively don’t have Tony Hawk anymore so some of this sounds good. Four player split-screen is even confirmed!

Crayola Scoot will arrive on October 26 on PC, PS4, Xbox One, and Switch. The whole spread.