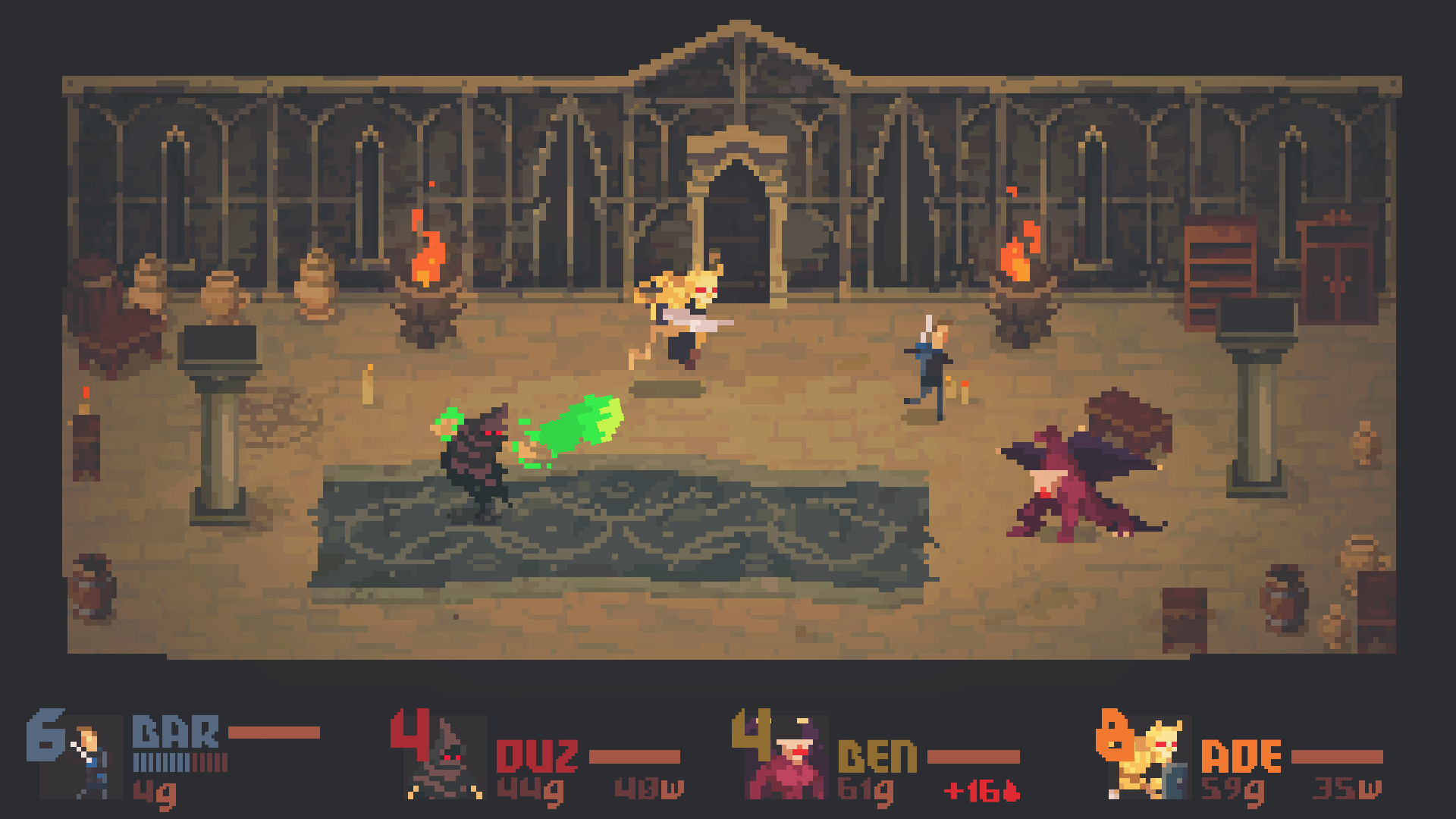 With the news that Crawl is nearing a full launch on April 11, 2017, I’m left wondering if I had even realized, until just now, that Powerhoof was still doing its dungeon-based friend-slaying thing on Steam Early Access. Well, either way, not much longer! Along with the final release of the Windows, Mac, and Linux versions, Crawl is also coming to PlayStation 4 and Xbox One on the same day.

The pitch, eternally retold: this is a dungeon-crawler romp with you competing against your local friends (or the AI). Sometimes, you’re fighting and leveling as the would-be hero, but the rest of the time, you’re in control of nasty monsters and traps hellbent on killing the no-good do-gooder.

The game may not seem like your jam. That’s fine! I’d still implore you to catch this trailer for reasons best left unspoiled, other than to say these developers have a great sense of humor about them.