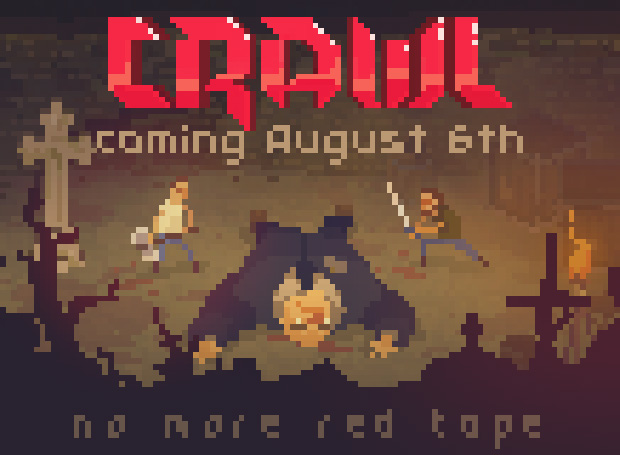 The dungeon crawler ‘where your frinds control the monsters’

I absolutely loved the way Powerhoof handled its delay of Crawl due to some untimely tax issues that needed to be resolved before the game was released. The studio wasn’t sure how long it would take to get back on track, but now it has a revised Steam Early Access date: August 6.

There’s a fresh monster clip featuring skeletons to go along with the news and I’m just now delving into the archives to watch all of these videos. Clever stuff. Powerhoof also says there’s going to be a “super-secret new IRS MAN monster” in Crawl now. Be on the lookout.