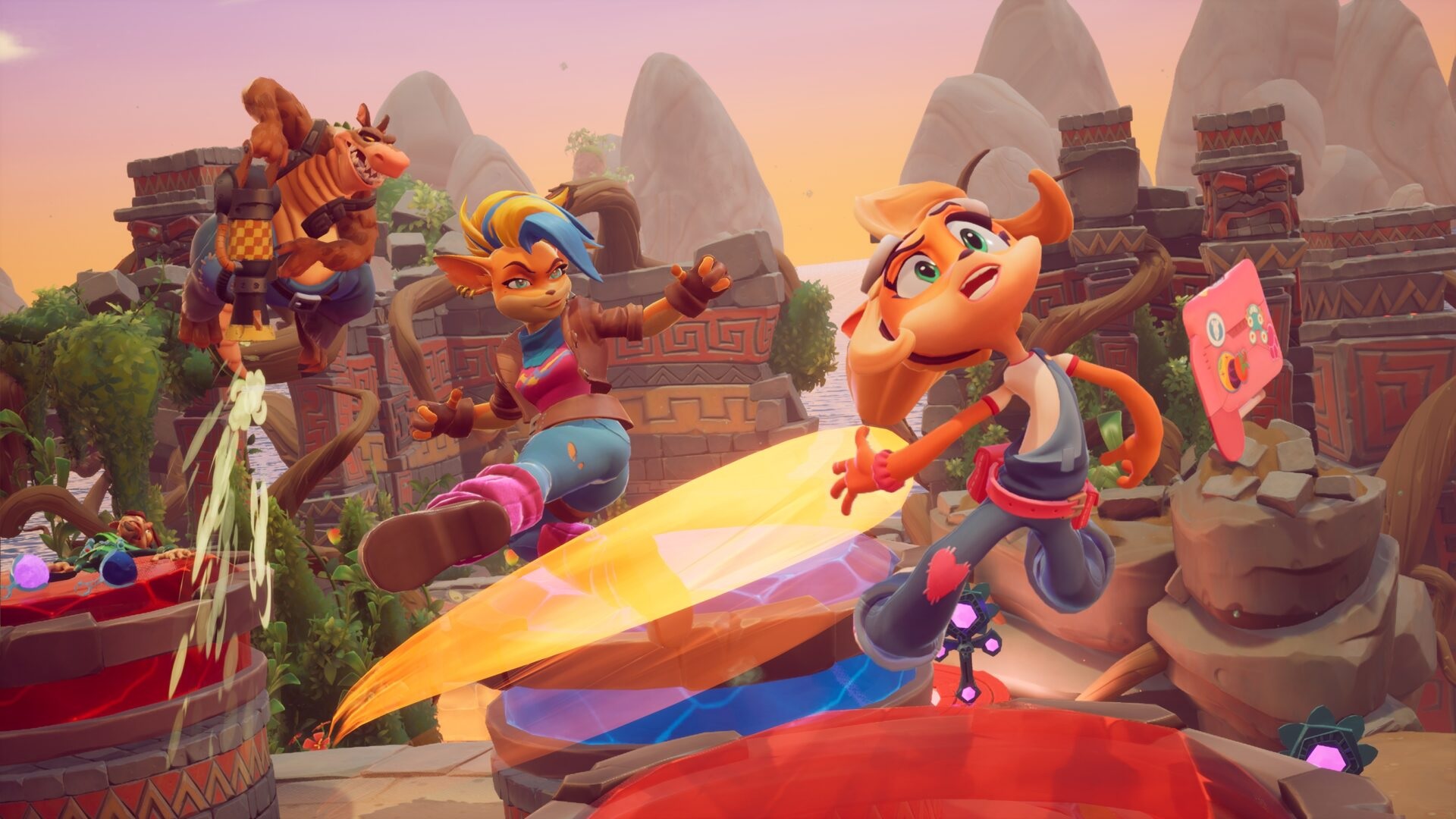 Crash & The Boys (and Girls)

At The Game Awards 2022, Activision announced a brand new title set in the zany, madcap world of Crash Bandicoot — but unlike the typical 3D platformers for which the series is renowned, Crash Team Rumble will instead see the series’ colorful cast square off in a bout of multiplayer madness.

Crash Team Rumble, currently in development for PlayStation and Xbox, will see Crash, Coco, Tawna, Dr. Cortex, and many other heroes and villains from the beloved series battle it out in 4-v-4 team-based action. Players will race to gather Wumpa Fruit for their squad, racing back to bank it in their home base while defending their stock from the opposing team and getting into frenzied melee scraps out on the battlefield. Each character will be afforded their own special skills and bespoke abilities, so teamwork and character synergy will be the key to claiming victory.

“We’re so excited to unveil our fresh new take on multiplayer in the Crash universe with Crash Team Rumble,” said Toys for Bob’s Paul Yan in a press release. “Crash Team Rumble has something for everyone— easy pick-up and play for those who just want to jump in, while also providing skilled gamers the opportunity to leverage and master their hero’s unique abilities.”

While not quite the long-rumored Super Smash Bros. clone that people have been expecting, this all-new take on the wild ‘n’ wacky world of Crash could prove to be a pretty neat party title, and feels more in the vein of a Splatoon than a Smash Bros. I don’t see my boy Ripper Roo just yet, but I do see my mirror image, (Dingodile), so I guess I’ve found my main already.

Crash Team Rumble will launch in 2023 on PlayStation and Xbox platforms.