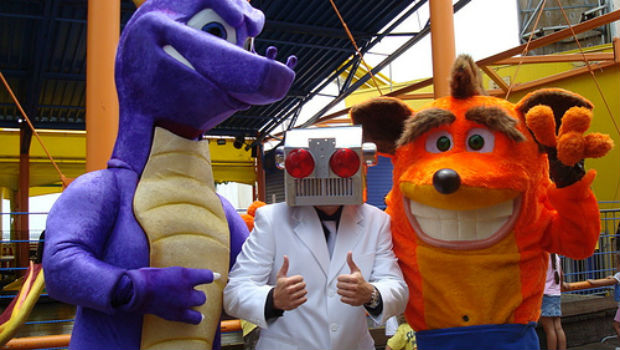 Crash Bandicoot is one of my favorite platforming franchises. The first three main entries were stellar, and even Crash Team Racing and Crash Bash, as shameful as they were, were extremely fun experiences.

If you want to learn more about the loveable creature and his games, watch the incredibly fun video from the folks at Did You Know Gaming for info on how Crash came to be, some deleted levels, and the incredibly unnerving Ripper Roo test voice. That character still gives me the creeps!

Also, Mr. Destructoid totally met the real Crash Bandicoot. You can add that to your video, DYKGaming!