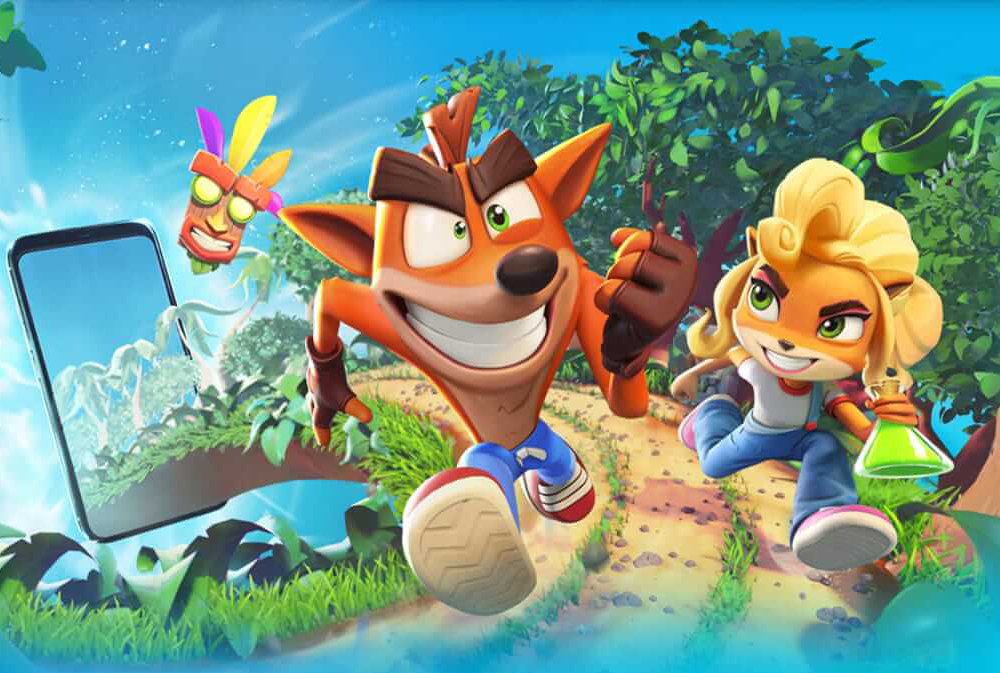 Given the franchise’s origins, it’s surprising it took Activision Blizzard this long to make something like Crash Bandicoot: On the Run! I know the PlayStation original wasn’t an auto-runner like this is, but seeing as mobile platformers like Sonic Dash and Spider-Man Unlimited copied its rear-view perspective to great financial success, I’m just a bit shocked it didn’t get King working on this back in 2016 right after it bought out the mobile developer. Because had it released this in 2017 or 2018, it might not feel as dated as it does in 2021.

That’s not to say there is no fun to be had with On the Run! I will admit I’ve enjoyed a few of its more difficult modes. Sadly, said modes make up a minuscule portion of a game that has a shocking amount of busywork.

Crash Bandicoot: On the Run! doesn’t have a standard energy meter like similar games in the genre. Rather, it employs a crafting system to keep you waiting or paying to speed things up. To advance the actual narrative of the game and stop Doctor Neo Cortex, you need to unlock courses using items you craft in the hub world’s labs. The ingredients for those items are found on different endless-runner stages that you can repeatedly play, scooping up whatever collectibles you run into. Just don’t run them for too long, as those ingredients need time to refill after you grab them.

Once you have those ingredients, it’s time to start waiting. Each craftable item has a timer attached to it. Those timers start at just a minute, but late-stage items can take six or more hours to craft. And yes, you will have to craft items to use as ingredients when crafting other times. Now, you can speed up the process by spending purple crystals that you earn or purchase, but there is no way in hell I would ever recommend doing that. Especially not for a game this decidedly average.

It doesn’t take long for the monotony to set in with On the Run! The endless-runner stages and narrative courses haven’t offered much variety or challenge in the few hours I’ve spent with the game. Now, this might change as I log more hours in it and unlock new islands, but why on earth would I waste my time doing that? Am I to actually believe this game will significantly improve after I’ve spent a week grinding away at it? Because that sounds like a fool’s errand to me.

Of course, none of this really surprises me. When On the Run! was first announced, I think we all saw this was the direction it would go in. When you add crafting and base-building elements to a free-to-play auto-runner, it’s not because they’ll make the game better.

And it’s a real shame, too, because Crash Bandicoot in an auto-runner didn’t have to be this dull. The game is bright and colorful, and the controls work exactly as they should. We know Activision Blizzard has the money and capability to make outstanding Crash titles. But to do that, you need to invest in creating dynamic and diverse hand-crafted stages, not these run-of-the-mill levels that are made up of mix-and-match track pieces.

The only real enjoyment I’ve found so far with On the Run! is in its Challenges and Survival Runs modes. Both offer a drastically increased difficulty with stages really pulling out all the stops to try and trip you up. It throws more enemies, more pillars, more Nitro blocks, and more tricky jumps your way in tighter configurations. I would say these modes make the standard stages feel like a walk in the park, but those stages basically do that to themselves.

It’s just another dang-diddily-do-dang disappointment and honestly, games like this are why I still subscribe to Apple Arcade.