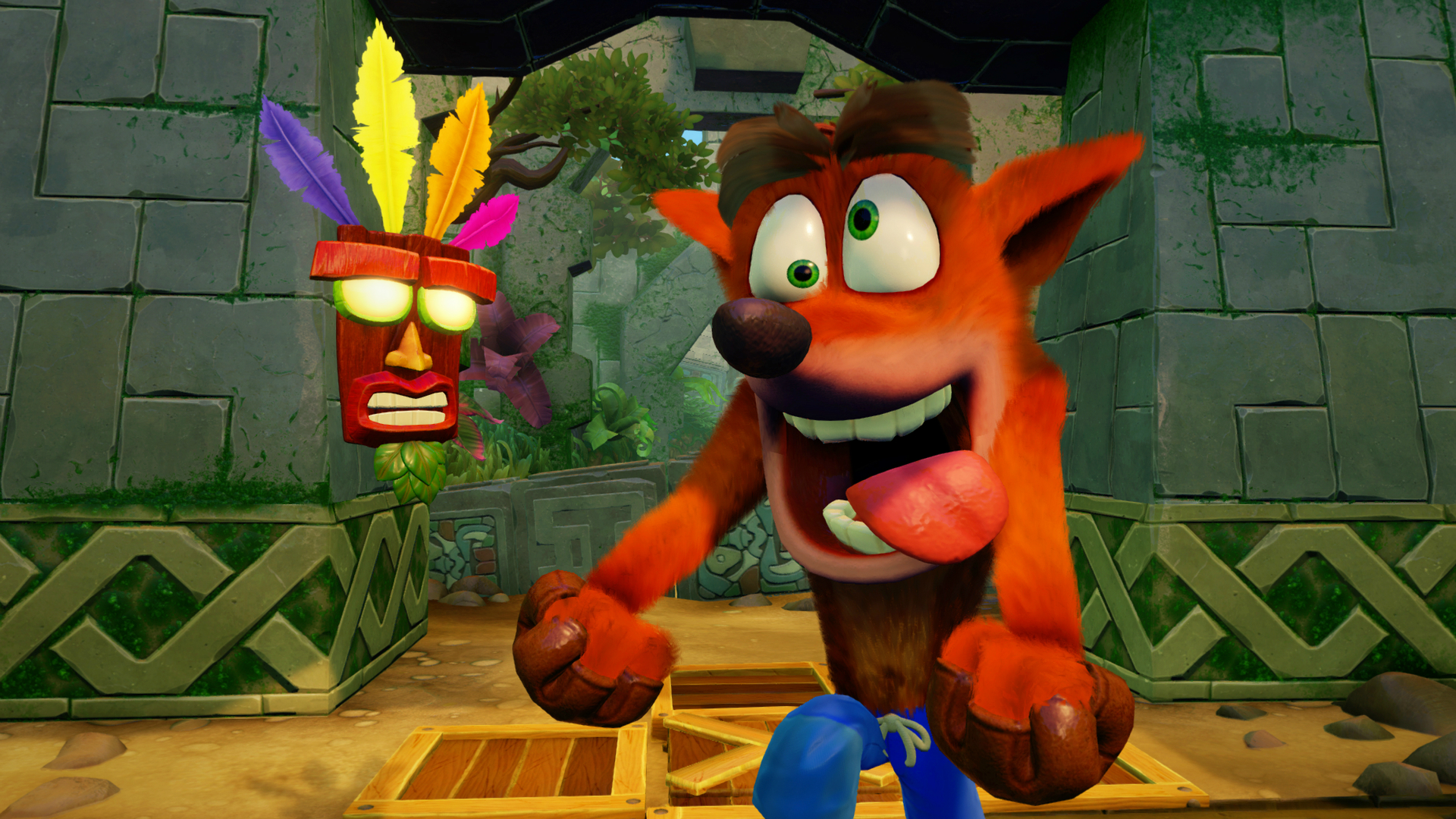 I played Crash Bandicoot N. Sane Trilogy over the weekend at PSX, but I want to preface the preview with a couple thoughts. First, I remember enjoying the first three games a fair amount, and in my attempts to recollect them, I was unsure of whether they always felt like they were drenched in molasses or my child-skills weren’t up to par. Second, after that fun Crash scene in Uncharted 4, I went back and played it for a few minutes to find that I wasn’t totally n. sane after all: our humanoid bandicoot friend was never easy to navigate.

While my Crash memories are admittedly murky, the N. Sane Trilogy had a bizarre effect on the nostalgia buried deep within my guts. I started on the original beach level, and after acclimating to how much better Crash himself looked (so dang fuzzy!), I found myself knowing where every single crate, jump, and hazard was. Though Vicarious Visions is in charge of this remake, I was told that the team received the original level geometry from Naughty Dog and built upon it, which feels immediately apparent. 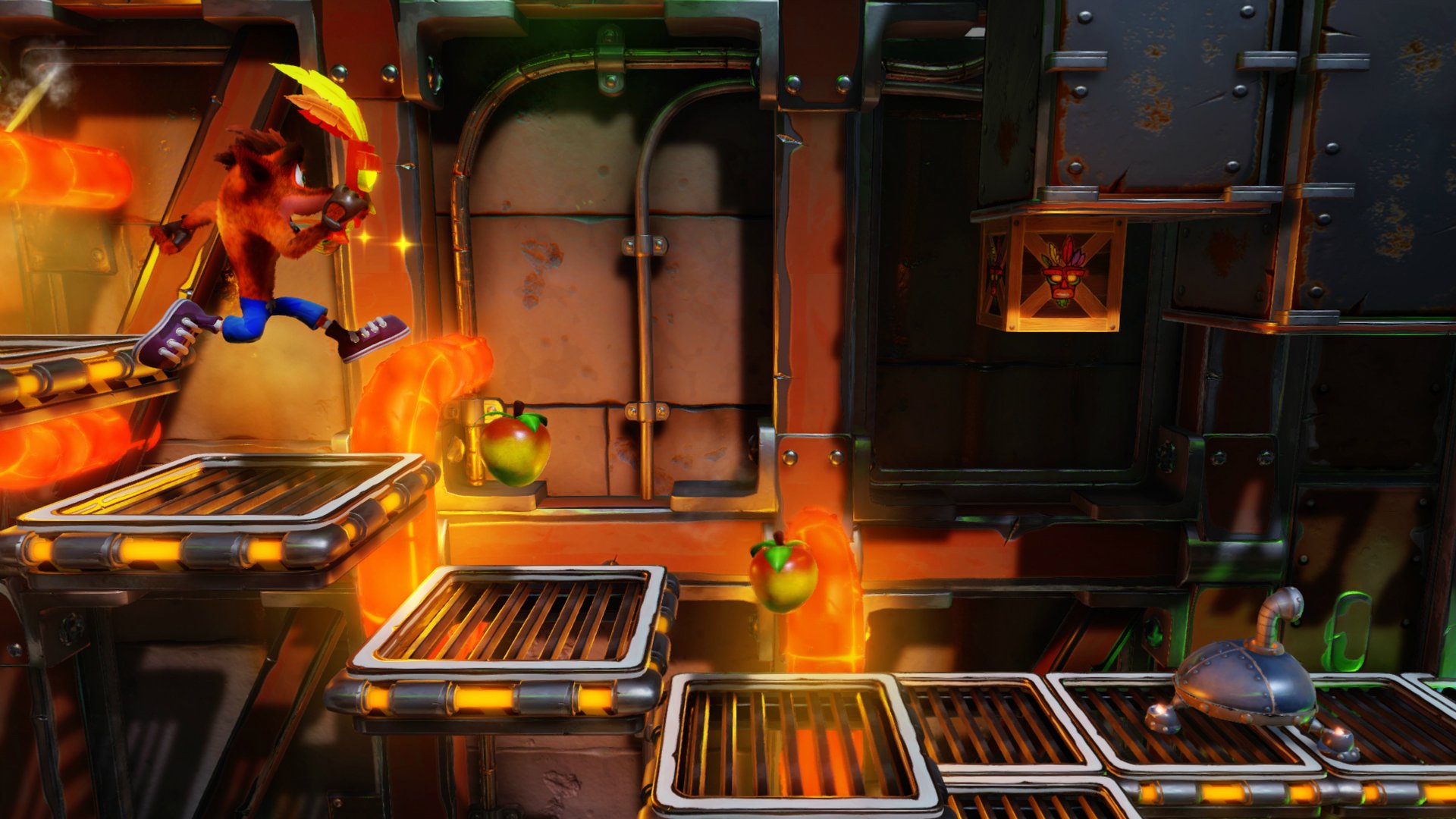 Jumping and using Crash’s spin attack is similarly familiar, my fingers falling into ancient (twenty years in gaming is a long time, okay?) patterns. While I was fine on the beach, a later level called Heavy Machinery reminded me how long it’s been since I was a bandicoot puppeteer. At this point, I can safely say that the controls are punchier and more on-point than they were two decades ago, but they still need some fine-tuning. It’s too easy to over- or under-shoot a jump because gauging how far you’re going to propel yourself seems inconsistent. I’m hoping to see this ironed out, because while I’m fine with dying over and over in a platformer, I prefer that to be based on my own personal failings instead of a disconnect between me and the controls. I did find that it played more comfortably with the directional pad than the analog stick, so I’m glad that option is provided.

The new aesthetic errs on a strange hybrid of cartoony and uncannily realistic. The crab enemy in particular looks kind of eerie to me, but I like this style more than just a 1:1 remake. Heavy Machinery was particularly colorful, with tubes filled with both bright-orange magma and frigid ice looking rather nice. Since the trilogy gets progressively diverse level-wise, I’m looking forward to seeing how later games look. 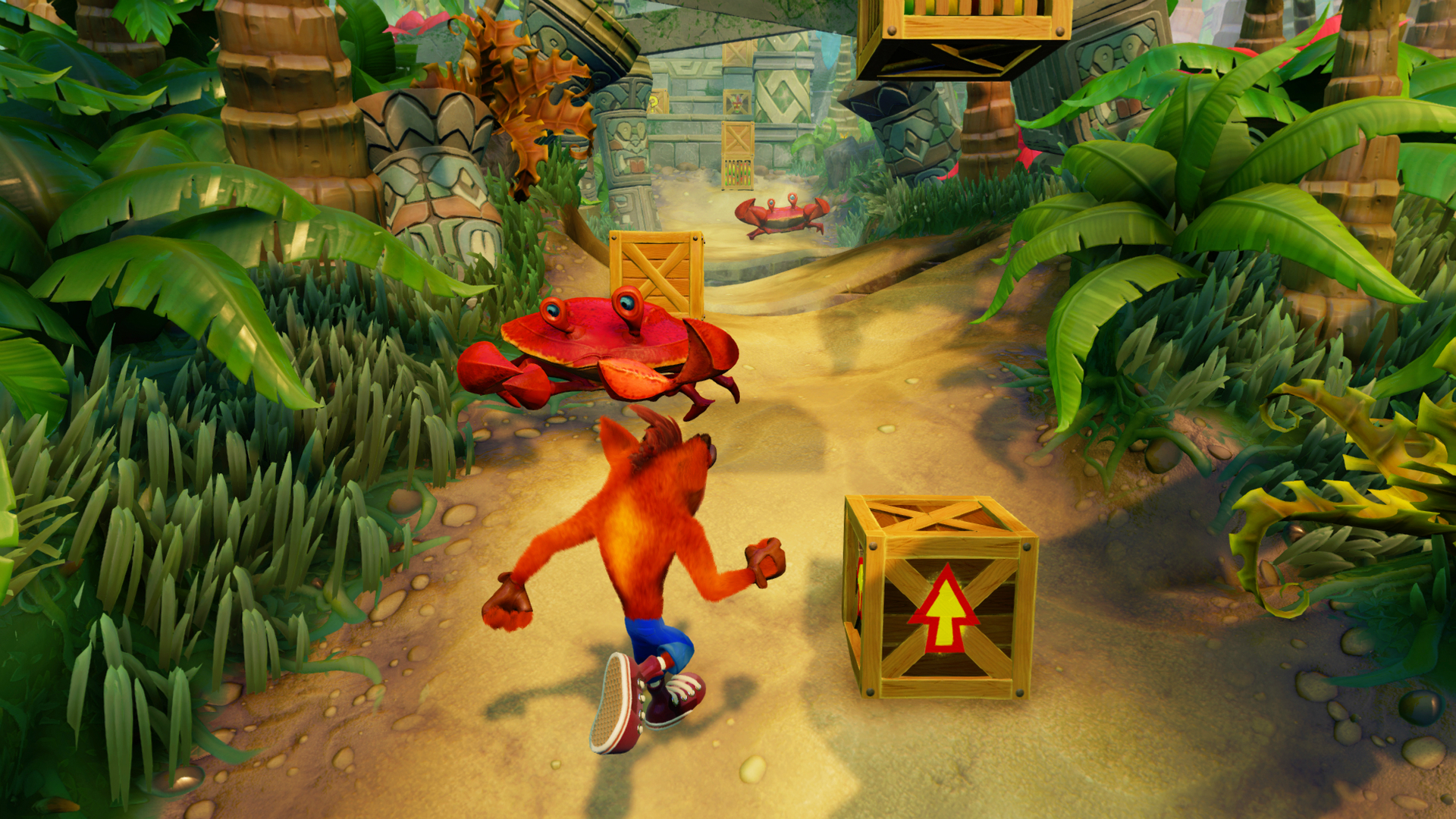 I was told that Vicarious Visions is retaining the structure of each game for the remake as well, so the first game will have the island world maps and the second and third will have the classic circular hubs. The new abilities Crash obtains throughout the series will also stay in their respective games. Better checkpointing has been implemented, and there are now unlockable time trials for every level. This all seems to make for a cleaner, more rounded out package than just making it purdy for 2016.

While Crash Bandicoot was never the strongest platformer, I think with more tuning it could be worth a twenty years’ wait. Vicarious Visions is banking hard on nostalgia, but Crash‘s weird sci-fi Australia could still be worth new player’s time. We’ll know when it releases sometime in 2017.