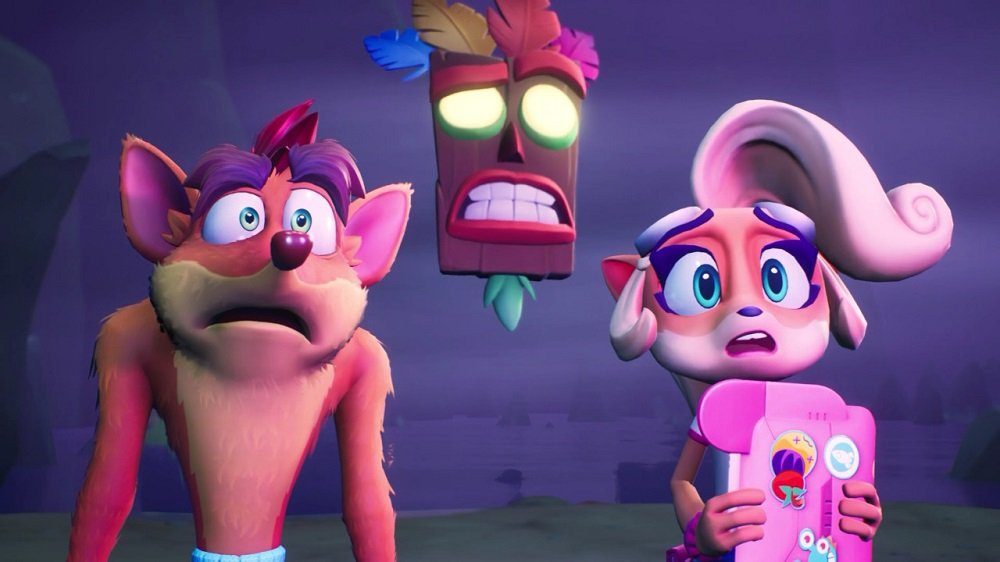 ‘Nunchucks? Those aren’t even Australian!’

This might come as a shock to you: I’m not a fan of the Crash Bandicoot series. I know this doesn’t make sense, as I’m British, and we in Blighty love the mad marsupial as much as we love pie-and-mash and rewarding corruption… To be fair – I’m not a fan of Britain either. My general mood toward Crash is rooted in my dislike of “into-the-screen” platform games. There’s a special place in the underworld reserved for the people who decided platform games needed to make the transition from the tried-and-tested horizontal layout.

I personally find it bizarre that a genre entirely based around perfectly gauging distance would choose to have its camera perspective changed in such an unholy fashion. And while the 3D Mario titles get away with it – thanks to their softer gameplay pace and large open areas – Crash Bandicoot seemed to want to capture the same frenzied speed and funneled action of a Sonic the Hedgehog, but with all-new depth perception issues, adding elements of frustration and false difficulty to the proceedings.

Still, as technology progresses and visual clarity improves, this has become somewhat less of a problem in modern 3D platformers. It has taken many years, but developer Toys for Bob has turned me around with its excellent Crash Bandicoot 4, which has won me over with its spirited world, infectious personality, creative level design, and fun, wholesome aesthetic. 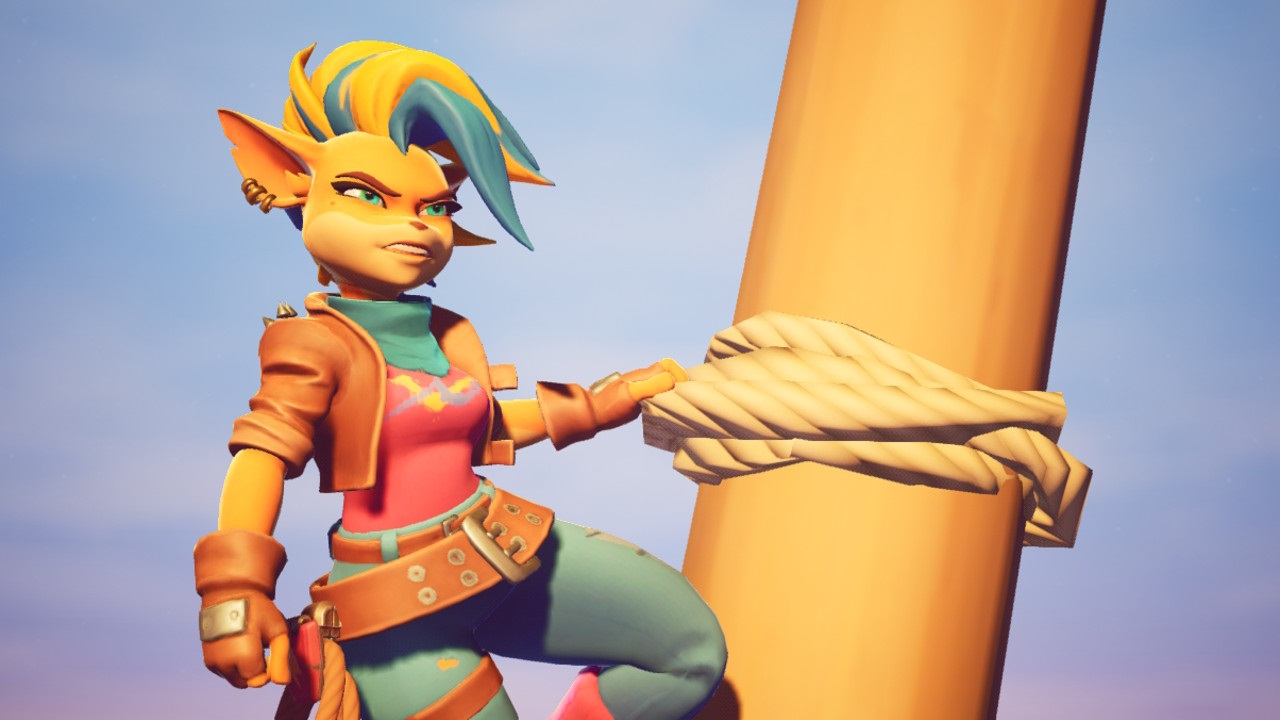 Toys for Bob has not only done a fantastic job with the fourth numbered entry in the classic Crash Bandicoot franchise, but it has also gone to great lengths to ensure that Nintendo fans are not left wanting with the new sequel’s Switch port. For the most part, Crash Bandicoot 4: It’s About Time has made a very successful leap from its PS4 and Xbox One brethren, and only suffers from minor limitations that aren’t too intrusive upon gameplay.

From a performance standpoint, Crash 4 runs a capped 30 FPS at 720p resolution (docked). When docked, extra anti-aliasing effects are added to soften the visuals’ seemingly lower polygon count. But whether played on a big or little screen Crash 4 maintains a very steady frame rate, even during the adventure’s chaotic boss battles. While some may balk at the cap, 30 FPS is suitable for a cartoon adventure of this nature, and doesn’t distract from the constant action. Load times are passable, and the digital edition of Crash 4 weighs in at 9.4 GB.

Powered by Unreal Engine 4, there is a very definite step down from its console counterparts when it comes to Crash‘s colorful visuals, with reduced lighting, shadow, and particle/water/weather effects. While the Switch port of Crash 4 certainly offers less flashy visuals than, understandably, the PS5 port, I don’t feel these effects will be drastically “missed” by anybody unaware of their existence. There are some harsh grain and translucency issues, especially during cutscenes, but nothing that distracts from the gameplay itself.

Once in handheld mode, the anti-aliasing effect is removed, offering sharper edges in order to enhance visual clarity for the smaller screen. Of the two options on offer, I personally found Crash 4 more enjoyable in handheld mode, which is surprising given the intricacies of the game’s tight jumps and meticulously detailed world.

For the most part, I take little to no umbrage with the latency or visuals of the Switch port – save for perhaps the aforementioned translucency issues, which can look a little ugly during certain cinematics. Ultimately, Crash 4 is an excellent game played rested in bed or “on-the-go,” with neither the port’s tech limitations nor the Switch’s smaller screen being any real detriment to the overall experience. 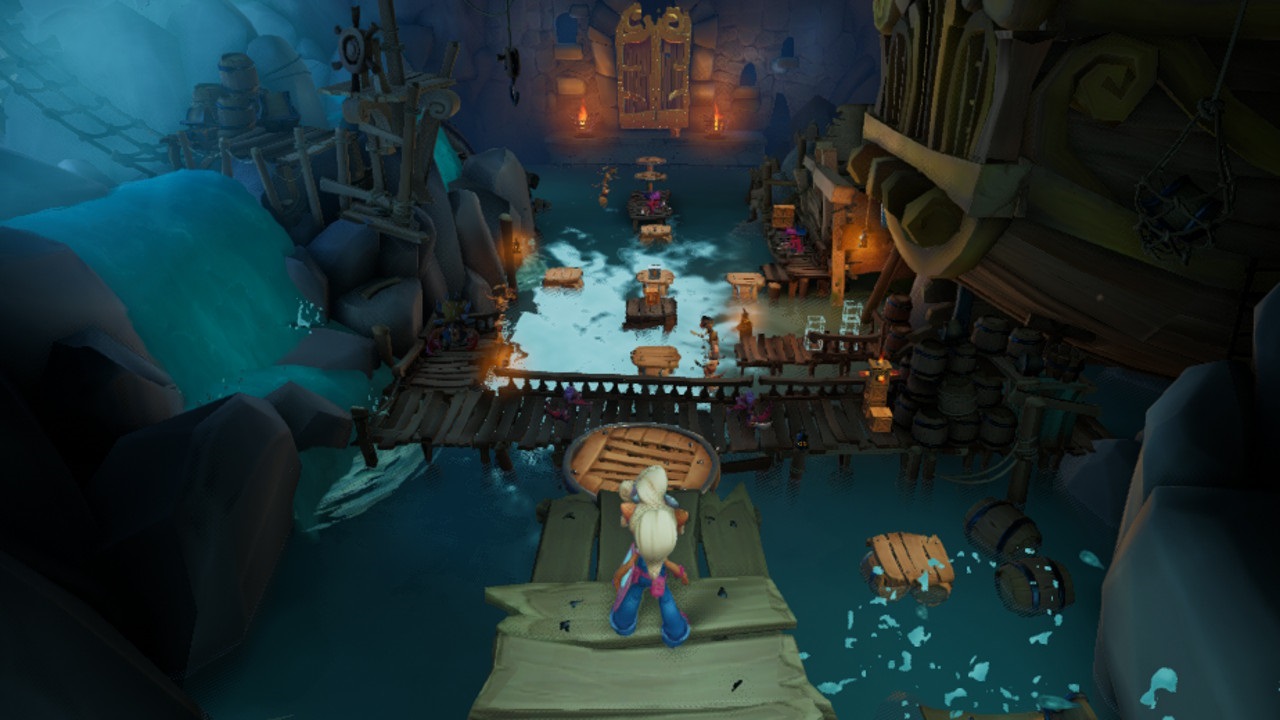 Though I’m not here to review the game itself, it bears repeating that Crash Bandicoot 4: It’s About Time is an engaging, engrossing, and entertaining action-adventure. The new sequel is packed with great characters, enemies, and worlds; the script is legitimately funny; there’s lots of bonus stages and side-quests, and each world is beautifully detailed and features creative set-pieces, chases, and boss battles.

As for my personal problems with the franchise… Well, I did fall afoul of many deaths purely based on depth perception, with even the telltale shadows not offering enough visual information in regards to making certain leaps of faith. But, save for a terrible dinosaur chase sequence, the more awkward elements of into-the-screen platformers seem greatly reduced from its predecessors. Crash 4 is tough at times, but I’d rarely call it unfair. And when it’s at its best, it’s almost impossible to put down.

Toys for Bob has really come into its own with this franchise, hopefully securing the future for Crash, Coco, Tawna, Dr. Cortex, and pals. Crash Bandicoot 4: It’s About Time for Nintendo Switch is both an excellent game and a brilliant port, and while it might not be the very best way to experience this happy-go-lucky adventure, it’s well worth taking for a spin.