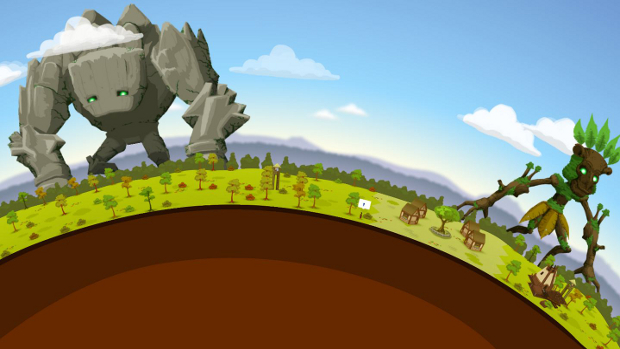 With the launch of Reus, Abbey Games’s 2D god game, set for Q2 of this year, the developers are showing off another important aspect of the title: building ecosystems. Lead designer Adriaan Jansen shows off the giants’s ability to add wildlife to the world, creating a symbiosis between flora and fauna which in turn aids the wee humans.

On this world, the villagers are hard at work constructing a “project”, which is described as a major milestone in the development of these societies. By fiddling around with the ecosystem, the player can help speed up development of these projects. Giants are rewarded with a special human chum — who can be picked up and sits on the massive deities — that gives their new gigantic friends special abilities.

I’m positively giddy with anticipation over Reus, even more so after watching the video. A closed beta is being planned for some time in April, and the developer will also be showing off a preview build at GDC, so hopefully we’ll learn more very soon.