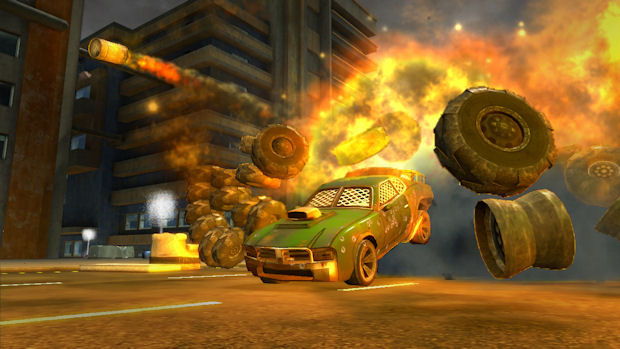 Ruffian Games has given players another reason not to play Crackdown 2 today, as its just-released DLC pack, the Toy Box add-on, seems to only take things away from the game. Namely, its ability to function.

Ruffian has pointed to a potential fix for the problem, asking affected players to clear their console’s cache, delete the DLC, delete their profiles, and redownload the DLC and profile. Users on the Ruffian Games forums have confirmed that the fix has worked for them, but boy does it seem like a lot of work where the only reward is playing more Crackdown 2.

If you’ve already purchased the Toy Box add-on, at least you don’t have to feel like you’ve completely wasted those 560 Microsoft Points. For everyone else, maybe today just isn’t the right day to put some pretty new colors on your agent.