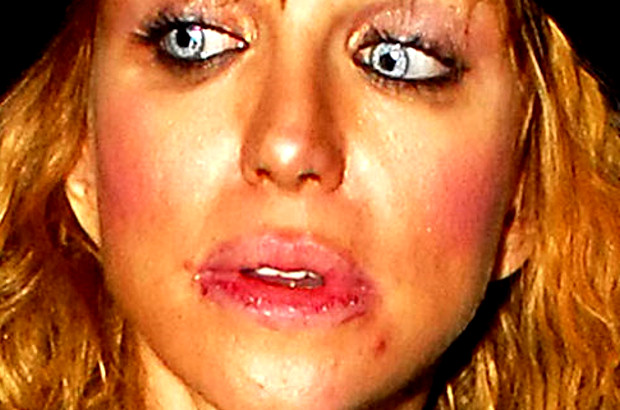 Despite the fact that Activision was able to get Kurt Cobain into Guitar Hero 5 and release the game with no problems whatsoever, new rumblings from Courtney Love’s bloodstained lair seem to suggest that she is furious over the dead Nirvana star’s inclusion in the game, and may very well seek legal action.

“For the record this Guitar Hero sh*t is breach of contract on a Bullys part and there will be a proper addressing of this and retraction,” Twittered the maniac in one of her less typo-ridden updates. “WE are going to sue the sh*t out of ACtivision we being the Trust the Estate the LLC the various LLCs Cobain Enterprises.”

Quite why Love is freaking out remains unclear, although her portrayal of Activision as a bunch of “bullies” seem to suggest that she believes she was coerced or otherwise forced into allowing Cobain’s blasphemous-for-some inclusion in GH5. We’ll be sniffing around Activision to try and find out, although so far the publisher is remaining tight-lipped. Unlike Love, who is remaining fish-lipped.

Frankly though, I don’t know who to root for in this debacle. Activision is an evil publisher that threatens to ruin the industry, while Love is an evil harbinger who threatens to ruin my ears with her singing. Whoever wins, we lose, but the fight’s going to be funny while it lasts.

What Love should do is murder these “bullies” and put shotguns under their chins with fake suicide notes attached. I heard that works quite well.