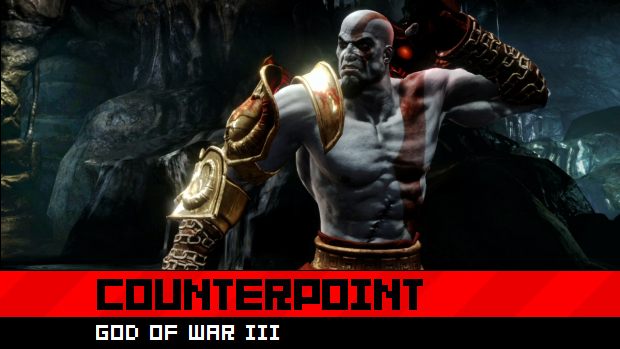 It’s rare that anyone complains about a game being too long. Sure, game designer Randy Smith argued as much in his recent GDC rant, but you never hear us regular gamer-types arguing that we got too much for our money. I’ve never personally complained that a game was too long, so long as I liked its basic gameplay.

Never, that is, until God of War III.

During my first few hours with God of War III, I loved it. I loved controlling Kratos again, loved figuring out the new combos, loved hurtling through ridiculously epic set pieces and doing unforgivably brutal things to people. About five hours later, however, I was less enthused. Why was the game still going when its story promised me an intense buildup to a satisfyingly bloody vengeance? Why was I still getting into the exact same fights with the exact same enemies, capped off with the exact same QTE finishers?

Why, in other words, is God of War III so needlessly long?

I get uncomfortable when people equate “value” with “length.” Some will undoubtedly argue that since God of War III provides more content than any of the other games in the series, it is a quantifiably better game. By this rationale, World of Warcraft is the greatest artistic achievement in the history of the universe.

The problem with God of War III is that, ridiculously epic animations aside, the game opens up with a clear promise: you, Kratos, are mere inches away from killing Zeus. Even after Kratos gets knocked back down to the underworld, that goal is still fresh in your mind: climb back up through Olympus, and kill Zeus. No distractions, no bullshit. Get out of hell, find Zeus, kill some gods on your way to his throne room, and gank him before you completely lose the intensity of those opening scenes.

Except, I’ve just described a four or five hour game. God of War III is at least eight hours long. Not only does the game never again reach the unspeakable epic-ness of its opening scenes, but the momentum built up by that first chapter all but dissipates about halfway through the campaign. At a certain point, I no longer felt the kill-crazy hunger to find and destroy Zeus that had pushed me stabbing and screaming through the underworld, that underscored all my actions with a visceral narrative purpose. 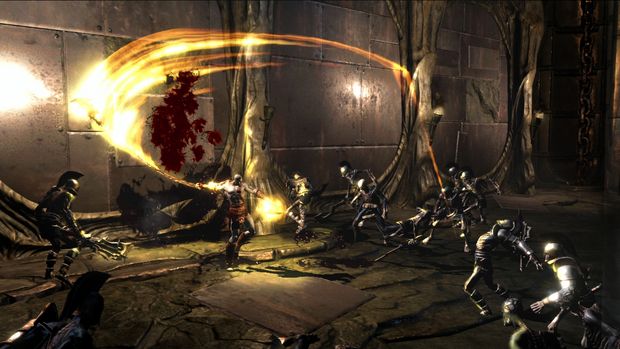 At some point, my goal became more complicated than “find and kill Zeus” — suddenly I’m trying to get some weird stone so that I can get a weapon that can get me to the flame of Olympus which I’m meant to snuff out or I’m not meant to snuff it out I’m meant to open Pandora’s Box but that means I need to find Pandora which means I need to go to Daedalus’ labyrinth but to get to the labyrinth I have to make my way through an Echochrome-esque garden and suddenly, I’m not thinking about revenge anymore.

The first two God of War games had simple, focused stories. In the first game, you’ve gotta find Pandora’s Box and kill Ares. In the second, you’ve gotta find the sisters of fate and kill Zeus. Complications arose in both games, but those complications never felt as arbitrary or pace-killing as they are in God of War III. It almost feels as if the designers, knowing GoWIII would be Kratos’ last hurrah, wanted to cram in as much groovy mythology stuff as possible regardless of the effect it’d have on the central revenge storyline.

If anything, God of War III proves how important story has been to the franchise as a whole. The series’ fame has very little to do with its combat, which often devolves into a question of how fast and frequently you can pull off the square-square-triangle combo, and even less to do with its puzzles, which exist more to break up the combat than to be compelling in their own right. God of War has always been about doing satisfyingly brutal things in progressively more and more epic situations. I didn’t fight all the way to the end of God of War because I really liked the repetitive combat, or the decent puzzles: I made it to the end because I wanted to see Kratos decapitate Gorgons, and kill a god, and literally climb his way out of hell. Speaking personally, the combat has always just been a means to an end. 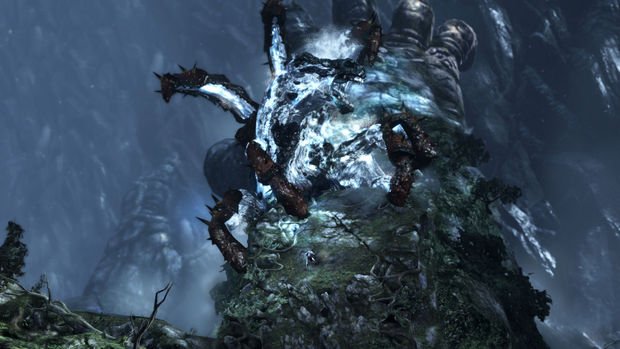 Though God of War III‘s essential gameplay remains almost entirely unchanged from the previous titles in the series, it grows tiresome much quicker. That head-explodingly cool opening scene is, as mentioned earlier, a false promise: “this is what the game will be like,” it says. It’s about Kratos getting into really epic, really brutal, really personal fight scenes. The first level gave me a taste of a God of War game I’d never played before: a God of War where QTE’s were actually somewhat well-integrated with the gameplay (a la Uncharted 2), and where I didn’t know what to expect on a moment to moment basis. And then it was over, and I was playing the same God of War I’d already completed twice before. Suddenly, I couldn’t look past the repetitive combat, or the diverting-but-uninteresting puzzles.

After that opening sequence, I couldn’t help but feel like I was playing a less interesting game. Even if the Cronos fight is one of the most epic fights ever depicted in a videogame and vastly cooler than anything found in the first two games, God of War III‘s  fights are undercut by the too-awesome opening. “One of the most epic fights ever” doesn’t seem quite as impressive when it directly follows the most epic battle sequences I’ve ever seen depicted in a game.

Even once Zeus gets back into the picture and Kratos’ murderous vengeance takes center stage, things don’t get much better. For much of the game, Kratos is rightfully depicted as the amoral, downright evil bastard he is: he kills at least a half-dozen innocent people, including a topless princess whom he remorselessly crushes to death. We watch through Poseidon’s eyes as Kratos beats him to death. At least initially, the game never flinches in depicting the truly monstrous behavior Kratos is capable of, and the player’s complicity in that behavior.

After hours of decapitating people and snapping their necks just because I knew it’d get me more red orbs, I couldn’t help but feel the same dispassionate bloodlust that informs Kratos’ behavior in the game’s cut scenes. I didn’t feel great about killing that princess in such an awful way, but if that was what it took to reach the epic boss finale I’d been looking forward to since the beginning of the game, I really had no right to complain. I bought God of War III so I could beat God to death with my bare hands, not so I could explore my sensitive side.

This becomes a problem once the writers decide to double down on the least interesting, most dissonant part of Kratos’ personality: his attachment to his wife and child. God of War III‘s gameplay says that violently murdering people is really, really fun, and that human NPCs are only tools who serve to aid me in getting to the next epic fight. Once Kratos suddenly grows a conscience and starts whining about saving Pandora, and once the game tries to characterize my actions as Not All That Evil, Really, since the Gods were turned eeevil by Pandora’s Box and Kratos is actually a character who symbolizes hope, the experience falls apart.

The game dishonestly tries to scribble a happy face onto the thousands of people I massacred out of nothing more than murderous bloodlust, and I resent it. If the gameplay tells me I’m being an evil bastard, then let me be an evil bastard.

That’s all. I could nitpick that the final fight is nowhere near as epic as the first one, or that the ending feels abrupt and unsatisfying, but to focus on those niggles is to lose sight of the bigger problems with God of War III: namely, that it’s dishonest, overly long, and makes early promises it is incapable of keeping. I’d highly recommend renting it purely for the spectacle of the first few hours, but I can’t help feeling that the God of War series’ final game is also its worst.

Filed under... #Destructoid Originals#Editorial#God of War