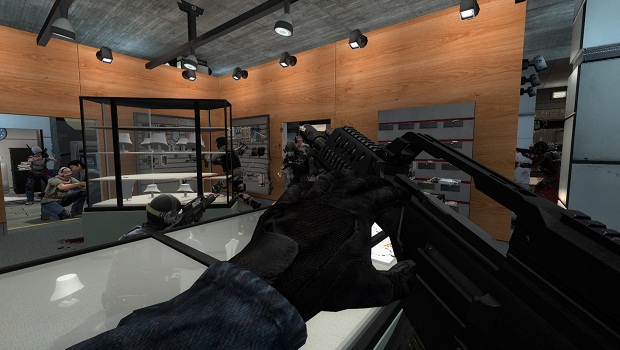 Minh “Gooseman” Le is a guy you may not have heard of, but you probably know about a little game he co-created with Jess Cliffe called Counter-Strike. Well, Minh has unveiled his latest game and wouldn’t you know it, it’s a tactical-based FPS entitled Tactical Intervention.

Developed by FIX Korea and published by free-to-play group OGPlanet, Tactical Intervention sure does look a lot like Counter-Strike, but I suppose a modern tactical shooter set in the real world doesn’t give you options for a lot of flair when it comes to art direction. However, there is the interesting idea of having vehicle missions which might freshen the genre up a bit.

Tactical Intervention is going to be free to play and there is a closed beta available for some North American gamers to try out. I hope this works out well for Minh Le but I gotta feel that he’s in the unenviable position of trying to improve on a genre he pretty much nailed spot on the first time ’round. Still, we’ll see what happens when Tactical Intervention launches later this spring.