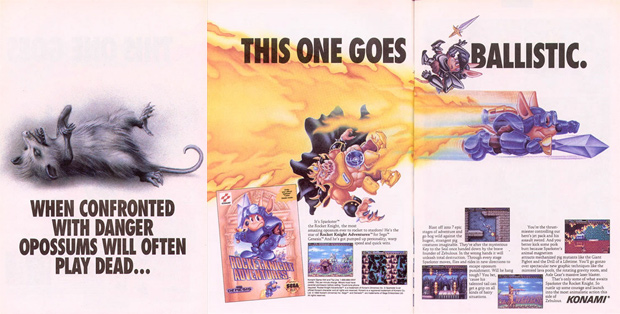 Word on the street is that the beloved platformer series Rocket Knight Adventures is going to get another installment … finally. Of all the anthropomorphic videogame characters to come out of the 90s, Sparkster was easily one of the best, and this news is seriously bringing me back to my childhood.

German magazine M! Games reports that a new RKA is being developed by Climax and will be published by Konami. Since the studio’s Web site mentions it is working on two unannounced games for Konami, the notion doesn’t seem too unlikely.

Specific platforms are unknown at this time, but M! Games does mention that the title will be presented in 2.5D (in other words, 3D graphics on a 2D playing field), which is good to hear. I would have preferred sprites instead, but I’ll take just about anything over a fully 3D Rocket Knight Adventures game.