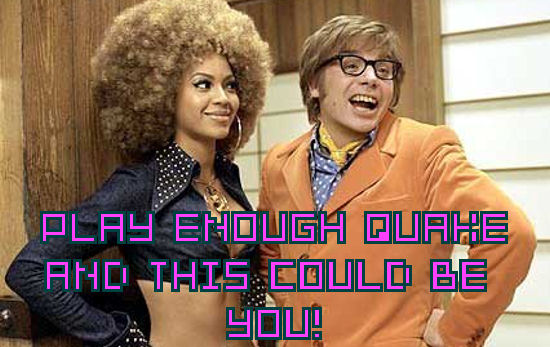 Talk of in-game advertising is something that’s slowly and quietly gathered around our ankles like some dank and sweaty mist over the past year or so. While not a new concept, those with keen eyes will notice that companies are looking at games more and more as marketing tools. Even Government Communications Headquarters, a branch of British Intelligence, is looking to jump on the bandwagon.

The GCHQ’s recruitment partner, TMP Worldwide, is going to be looking at using games to score new employees for the British Intelligence department. Games such as Need for Speed Carbon, Quake Wars and the Tom Clancy franchise are all set to be utilized in this manner.

“Although press advertising still plays an important role, it’s now just one element of an integrated approach to recruitment that forward thinking clients like GCHQ are spearheading,” said TMP Worldwide’s Laura Robertson. No, I wasn’t paying attention to all that spiel either.

Back on track, is it cynical for me to laugh at authorities lambasting videogames on one side while conveniently using them on the other? Either way, I sincerely hope TMP is careful where it sticks those adverts — You don’t want the people generally found playing on Xbox Live anywhere near something that has the word “Intelligence” in it.