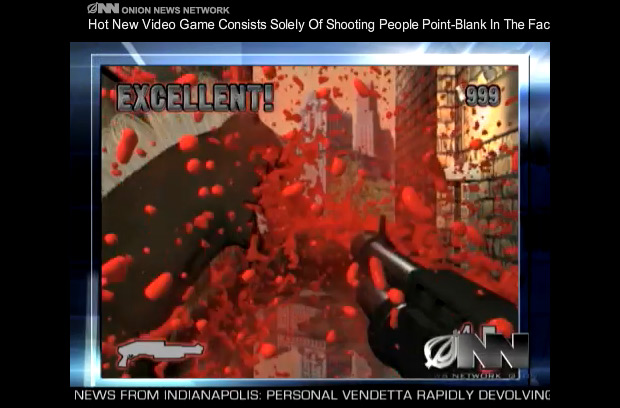 It’s highly possible that it is the funniest faux FPS ever, but I’ve been known to get worked up over incredibly stupid things before. Then again, haven’t we all? The Onion has a first-hand report on Close Range, the anticipated new game that “consists solely of shooting people point-blank in the face.”

As if that weren’t enough in and of itself, there’s also multiplayer where players take turns capping one another in the head, and let’s not forget about the side missions which pit you against deadly creatures like horses and ostriches.

“Who cares. This isn’t even a real game, and you’re a madman for getting so carried away.” Wrong, my friend. I may be a madman, but Close Range is a playable game. Seriously, go give it a spin.