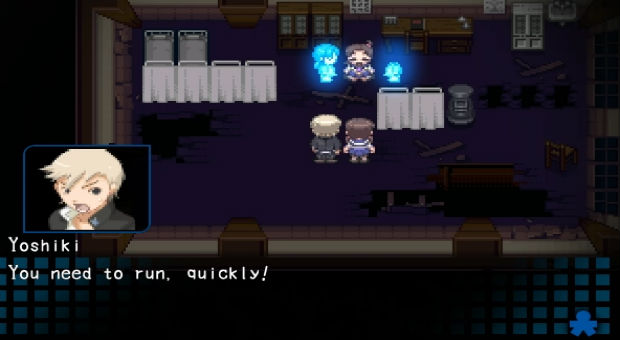 Corpse Party is one of my favorite horror series (even if it’s a little tame at times) and I was thrilled to see it make its debut as a PSP cult hit back in 2011. Now, XSEED plans to bring the original Windows edition to life — or would that be afterlife? — with a digital release of the RPG Maker original from 2008.

This expansion has been improved upon tremendously from the first iteration, with additional characters, over 5,000 lines of Japanese voice acting straight from the original actors in the independent game, and plenty of other Easter eggs to sate players hungry for another slice of Corpse Party. Yes, I was hoping for a brand new one, but a chance to play the PC version that started it all is an interesting proposition as well.

If you’ve never played through Corpse Party’s PSP release and are looking to get into the series (which you very well should be), I highly recommend checking this one out — even if you’ve played the PSP version. More Corpse Party, as I’m sure many of you will agree, is never a bad thing.