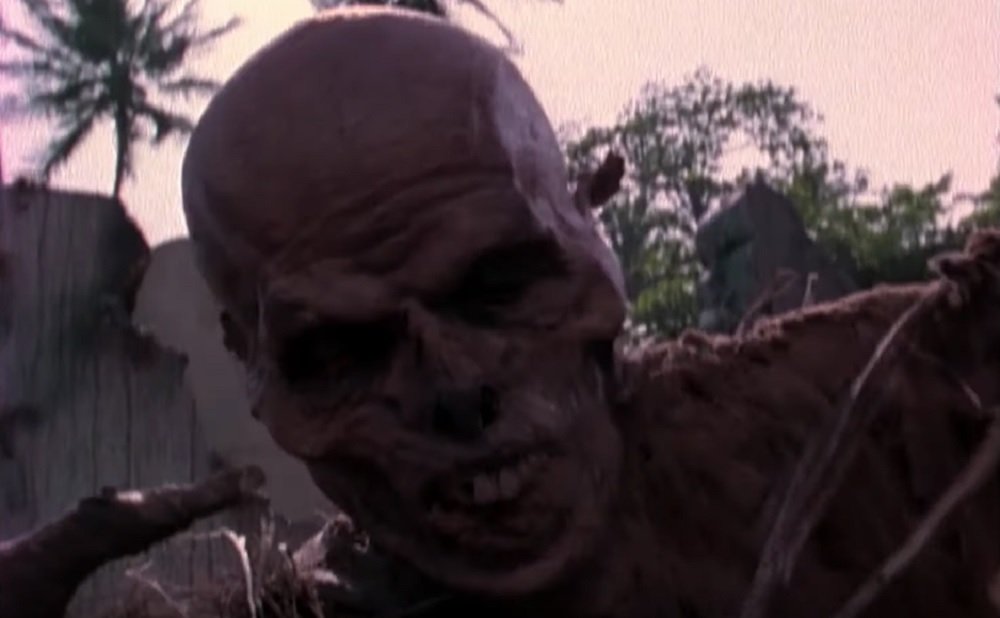 Now we just need a movie adaptation with Keanu Reeves

Amidst all of the excitement and noise of new Xbox consoles, Final Fantasy remakes, co-op Avengers games and online subscription services, it’s understandable that many people seem to be overlooking the best news of E3 so far: ’90s FMV shooter Corpse Killer is getting remastered for PS4 and PC.

Originally released in 1994 for the Sega CD, 3DO and other deadbeat platforms, Corpse Killer was the next title in line from Digital Pictures, creators of previous FMV titles Night Trap, Sewer Shark and Double Switch, among others. Corpse Killer sees the player as a generic marine, dropped onto a mysterious tropical island that is slowly being overrun by the undead, not unlike Lucio Fulci’s goreriffic classic Zombie Flesh Eaters.

Behind this grisly mayhem is crazy scientist Dr. Hellman (no, really), who is played by dearly departed character actor Vincent Schiavelli. Teaming up with a spunky reporter and a questionable rasta stereotype, players must track down and rescue a missing team of marines, whilst taking down the flaking dead and looking for a cure for the zombification process.

I’m legitimately stoked Screaming Villains is apparently on a mission to restore these terrible games for a new generation, surely Sewer Shark is next in line, right? Either way, Corpse Killer: 25th Anniversary Edition launches on PS4 and PC July 30, and will be getting a physical release via Limited Run Games.