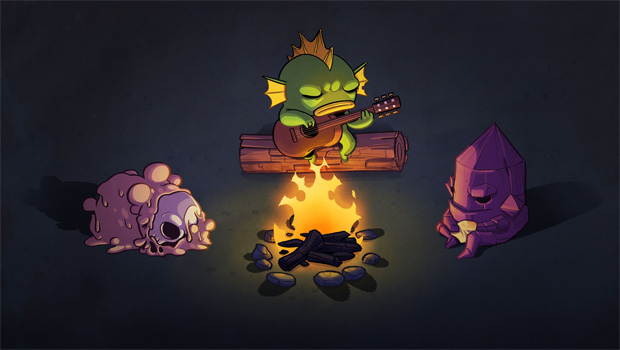 Vlambeer shoot-em-up to get even shootier

Today at PAX East, Vlambeer’s Rami Ismail announced that their latest game, Nuclear Throne, will feature cooperative multiplayer. The mode will allow for up to four players to play simultaneously, either locally or over the internet (with the former to be made available soon in an update to Steam Early Access players).

This feature will really change a lot in terms of the gameplay, I suspect, as players will have to scramble to collect experience. You’ll also have to avoid killing teammates with the few ways one could accidentally kill themselves in solo play, such as exploding grenades and the dreaded Disc Gun. Could be really excellent, with additional players contributing to the game’s occasionally overwhelming chaos. I’m not entirely sure I’ll do a whole lot with the feature, as I like the game just fine in solo and would probably only fire up multiplayer for local play with house guests, but I’m sure quite a few people will be excited at the prospect of fighting through the wasteland with friends.