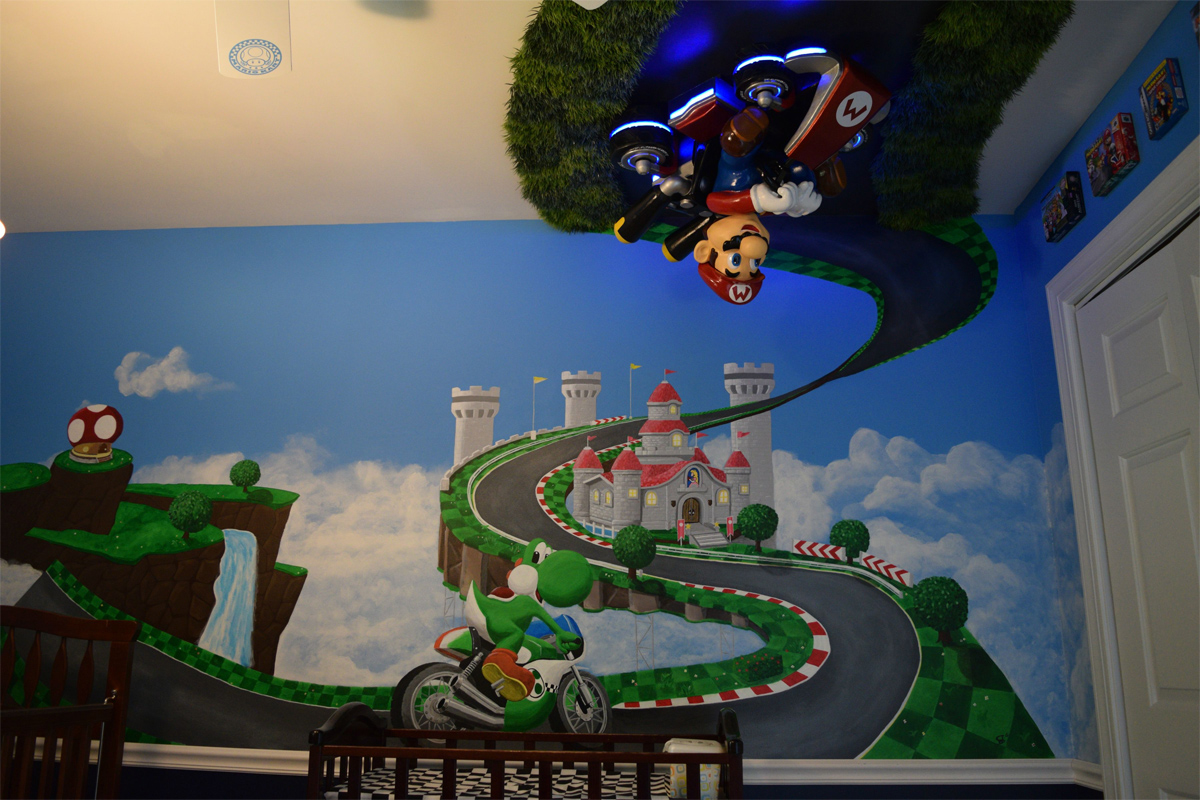 Good on him for sticking with it

It’s strangely reassuring to know that this isn’t the first time we’ve covered a game-themed nursery and it almost certainly won’t be the final. Builder and father Wes Swain decided on Mario Kart 8 as “there didn’t seem to be any big attempts at a Mario Kart nursery out there.” That was over a year and a half ago. The project is now finished and he’s shared a bunch of photos.

“Mario’s head and hat were created using a technique that was brand new to me, but I was itching to try,” Swain said. “It is called slushcasting, which is commonly used to create Master Chief, Storm Trooper and similar helmets. The advantage to this process is that it creates strong lightweight castings that use very little liquid plastic resin. I figured that since he was to be suspended from the ceiling, lightweight was a good way to go.”

As for the mural, good call on not giving Luigi the ol’ death stare.