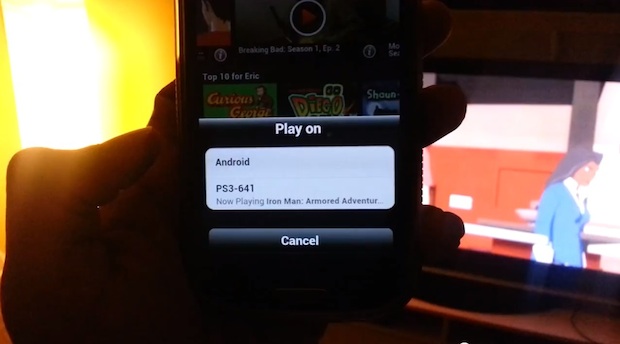 There’s a pretty cool feature hidden in the iOS and Android Netflix apps that PS3 owners may want to try out. Engadget found a second screen remote control ‘easter egg’ that lets you control Netflix on your PS3. If both your phone/tablet and PS3 are on the same network you can use the small screen to browse content, and then when you go to play something the app will ask where you’d like it to play, letting you send movies and TV shows up to the big screen.

Beyond this, you can pause, seek, change audio and subtitle options, or move onto other content.

Cool! But why isn’t this an advertised feature?