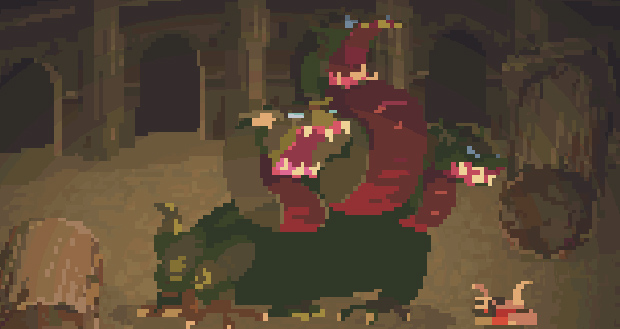 Crawl, the multiplayer dungeon crawler from Powerhoof where you control the monsters and try to kill you friends, just released a new update on Steam today. In addition to a big list of bug fixes and stat balancing, the Plague Mushroom update introduces a ton of new content.

The update includes the following and more:

It will be fun to see how each new monster handles. Of course, I’m most excited about the new boss. The giant three-headed hydra is cooperatively controlled by three players, while the hero rushes to take you all down. Each head has its own ability to spew either fire, ice, or goo, and whenever a head is severed, it can continue to run around as a disembodied head-monster. I can’t wait to try this out!

Crawl is currently still in Early Access, but these updates keep getting better and better. Now is the perfect time to dive into the dungeon, if you haven’t taken the plunge already!

The full list of update notes can be found here.