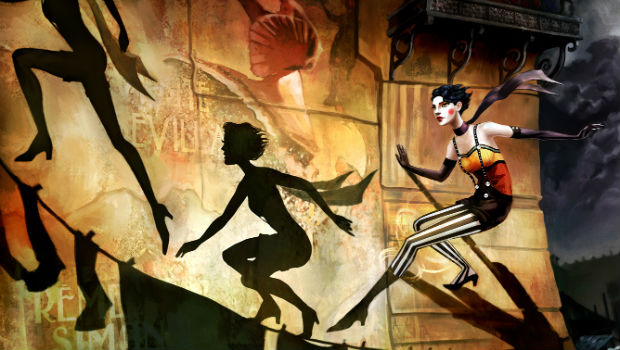 And a has a cool setting to boot!

Contrast is hands down the most unique game I played at E3. It’s rare to find a game that melds adult themes with the whimsical storytelling mechanics of a child’s mind. Blended with interesting puzzle platforming, Contrast is surely going to spark some interest when it arrives.

You play as Dawn, a vaudeville-inspired imaginary friend to Didi, a nine-year-old girl who lives in a world reminiscent of 1920’s Europe with a film noir feel. Since Dawn is imaginary, she can traverse both the shadow and the real world to help Didi discover the mysteries surrounding her family. Interestingly enough, Dawn can only see people as shadows which works out to her advantage as a shadow hopper.

I found that the platforming pieces were pretty solid — after taking some time to learn the mechanics surrounding the shadow jumping, I still found it pretty challenging and fun to move around the different areas. Players can also use various light sources to change the shadows in the environment, allowing Dawn to easily maneuver around a level. 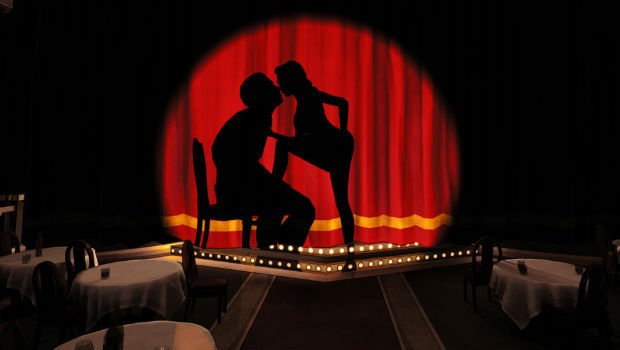 My favorite part of the demo was platforming across a scene of two shadows arguing with each other. I had to hop up a woman’s leg onto a table, and then shimmy over to her cigarette so I could then hop onto a man’s hat which eventually lead to the other side. In this game, shadows are larger than life which makes for a great visual. Didi also assists Dawn by creating her own shadows, which I thought was a neat addition. I also thought the music was pretty amazing and I’m excited to hear more from the game when it arrives.

Contrast is one of those games that I can see breaking ground on multiple levels, not just from a platforming viewpoint but also from a story perspective. However, I am a bit sad to hear that the game is only approximately 5 hours in length — but perhaps that’s just enough. We’ll know for sure when it comes out this fall for PC, XBLA, and PSN, $15 or $20 for downloadable music + art concepts.