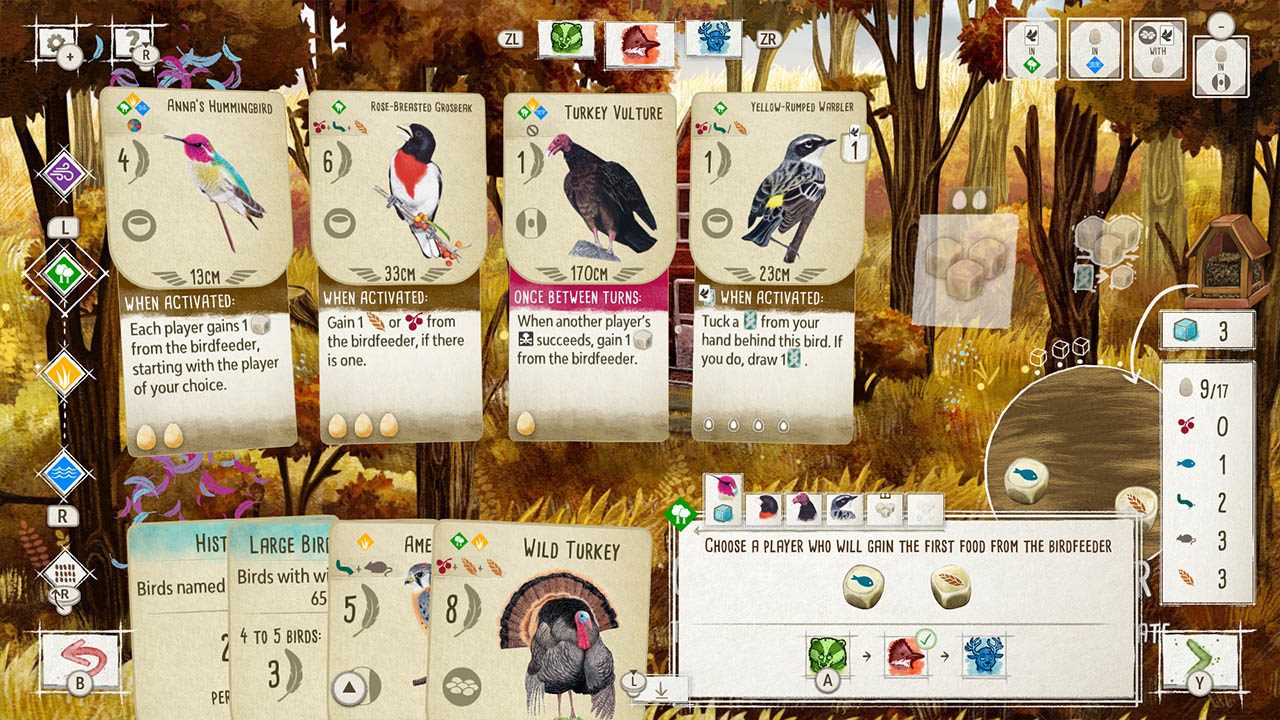 In today’s contest you can win a copy of Wingspan for Nintendo Switch!

Apparently, Wingspan was a pretty big hit in the realm of board games. Who’da thunk that a game about collecting birds would wind up as such a banger? It’s wild.

Anyway, enough stallin’ — we’ve got some Switch copies of the official video game adaptation to give away!

This is blowing my mind, so read about it while I try to figure out how to get this roadrunner to hang out with my cockatiel.

You are bird enthusiasts — researchers, bird watchers, ornithologists, and collectors — seeking to discover and attract the best birds to your network of wildlife preserves. Each bird extends a chain of powerful combinations in one of your habitats. Each habitat focuses on a key aspect of the growth of your preserves.

In Wingspan up to 5 players compete to build up their nature preserves in a limited number of turns. Each beautiful bird that you add to your preserve makes you better at laying eggs, drawing cards, or gathering food. Many of the 170 unique birds have powers that echo real life: your hawks will hunt, your pelicans will fish, and your geese will form a flock.

Yo geese roll deep. Legit they’ll get their boys on you and roll up to your crib with hate in their hearts. Y’all can keep the geese.

To enter to win your copy, comment below telling us your most feared bird, and why. Clearly, geese are on my shitlist. I had a friend back in VA who would check the street before leaving his house, because those assholes would bully the crap outta him if he wasn’t careful. I thought Canadians were supposed to be nice?

We have five Switch NA copies to give away; we’ll draw winners next Monday. Be sure to comment using a Dtoid account with your current email address on file. New users can sign up here to hate on geese with the rest of us.

Wingspan is available now via the Switch eShop. Head over to Nintendo Enthusiast for more chances to win!