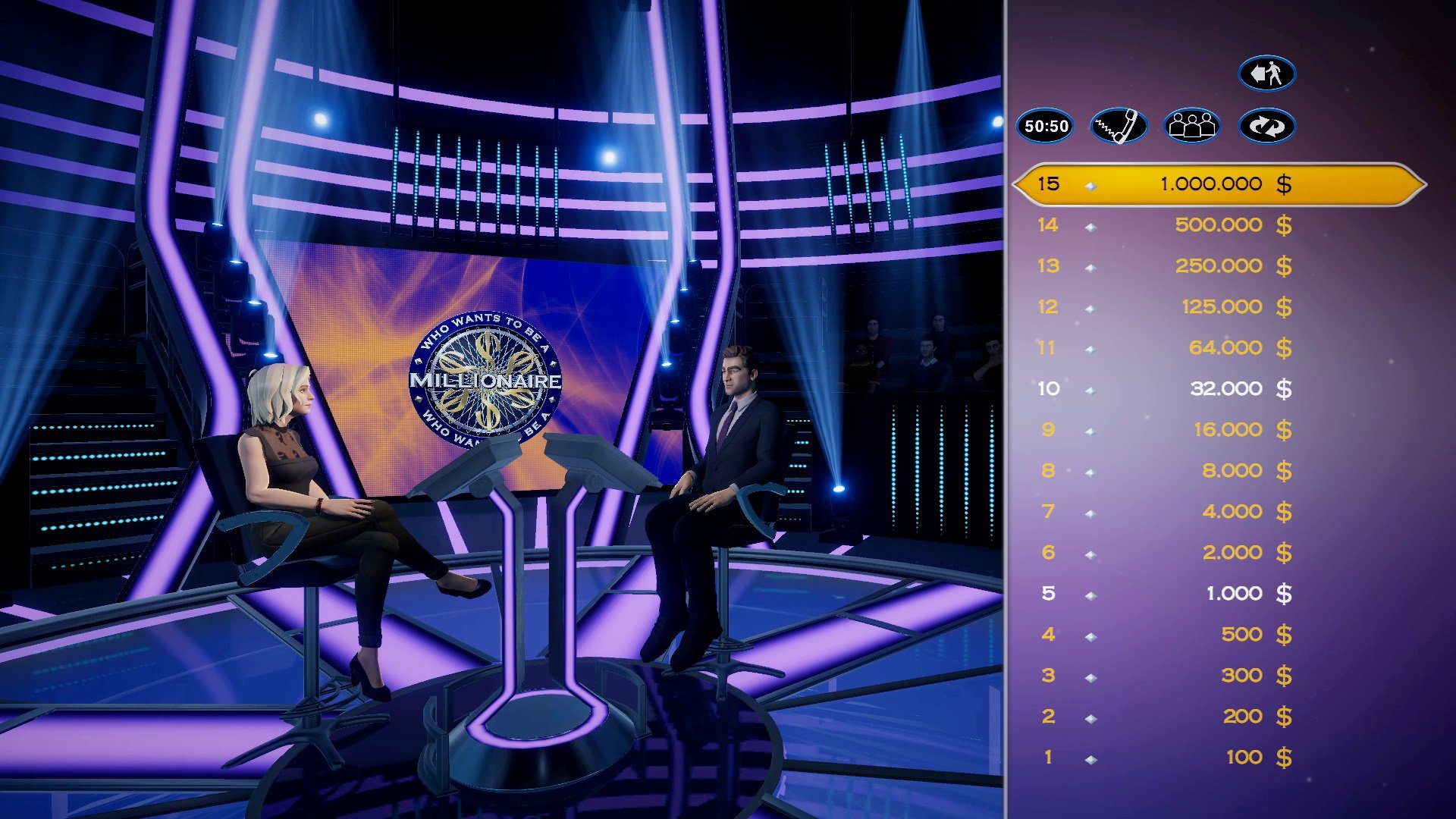 Two chicks at the same time

In today’s contest, you can win Who Wants to be a Millionaire? for Switch, PS4, Xbox One, or Steam!

It’s that time of year where sales are going on for everything you want. Also for everything everyone else wants. Essentially, people want things and you’ve only got a limited amount of money. Wouldn’t it be nice to be rich?

Well, you can be, with a brand new copy of Who Wants to be a Millionaire?! I mean, not really, but you can pretend in video game form!

You know the classic game show! I remember this thing was at the arc of its zeitgeist back when I was in middle school. We’d come into class, and our teacher would start each week asking who watched it, and used it as a jumping point for the lesson. What a world. RIP Regis. Anyway, for those of you who don’t know, it’s the iconic television game show where knowledge of random shit could win you up to one million dollars! Use your lifelines if you get stuck, or do like that IRS agent did all the way back in 2000 or whatever and call your mom and brag about how you’re about to win a cool $1m. You know, whatever.

My wife and I have been playing this, and we’re awful at it. Haven’t banked any more than $1,000 on run, so you know, maybe we shouldn’t go on TV with this one.

Enter to win by entering in the widget below. Be sure to specify your platform of choice, and check back in daily to earn additional entries. Click around for bonus entries!

We have five copies for each Switch (NA), PS4 (NA), Xbox One, and Steam. We’ll draw winners this coming Friday.

Who Wants to Be a Millionaire? is available now for consoles and PC.

Contest: Win Who Wants to Be a Millionaire? for consoles and PC