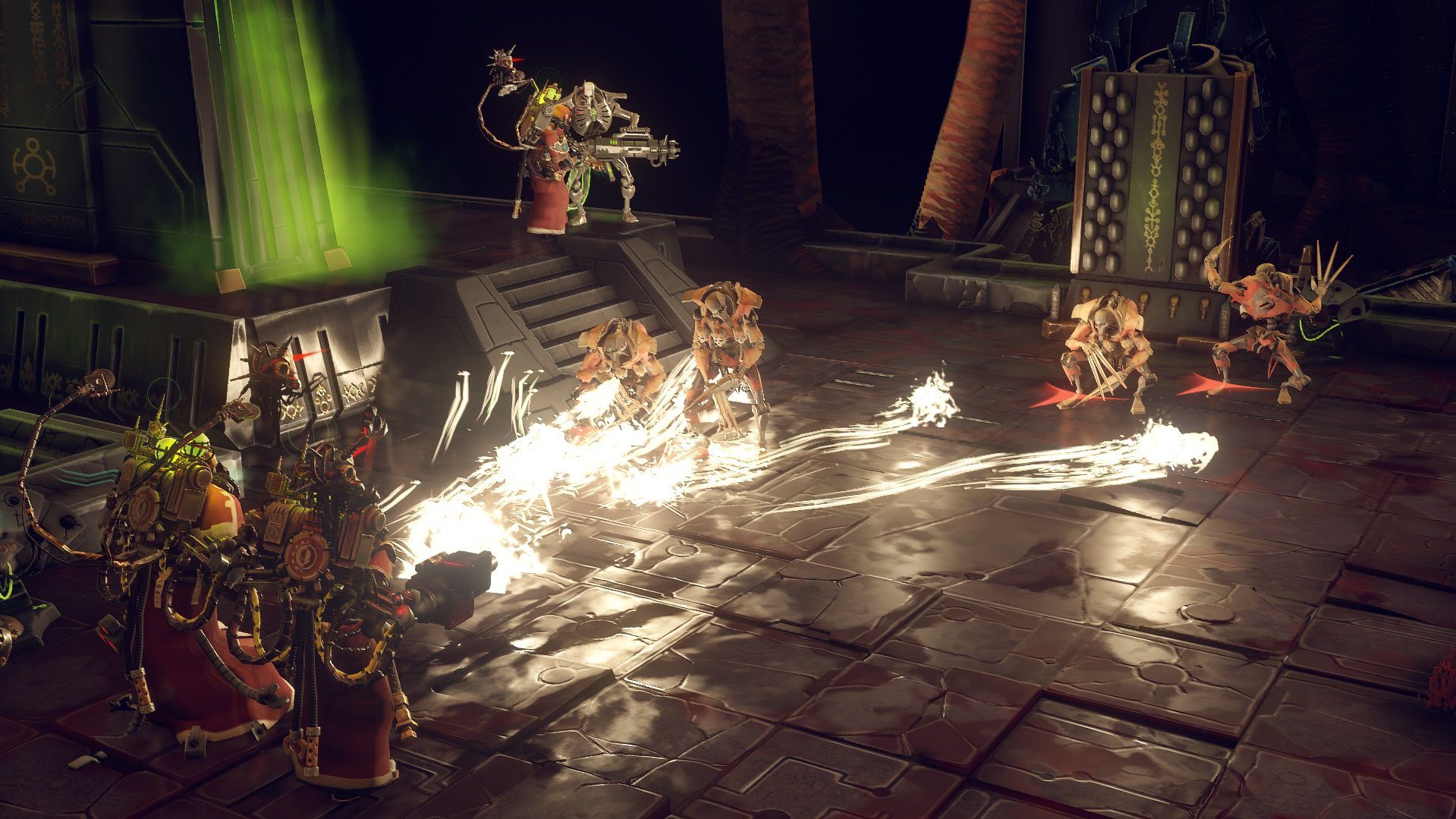 In today’s contest you can win Warhammer 40,000: Mechanicus for Switch, PS4, or Xbox One!

If you’ve been reading my work for a while (sorry about that), you know I’m woefully inept at strategy titles. Hell, I’m bad at strategizing pretty much all around. My planning ahead usually consists of forgetting about the event until the last minute, winging it, and hoping for the best.

So, I’m out of my element here! If you’re not, you can win Warhammer 40,000: Mechanicus to live out your turn-based strategic fantasies. Just don’t rely on me for any help.

Taking control of Adeptus Mechanicus forces, players must lead their Tech-Priests and troops on a tactical quest to salvage ancient technologies from the mysterious Necron tombs of the planet Silva Tenebris.

The console release of Mechanicus builds on the critically acclaimed PC version with the addition of the Heretek DLC which exposes the dark underbelly of the Adeptus Mechanicus faction like never before. Players will face frighteningly familiar foes in a cohort of heretek Tech-Priests over five new missions using new disciplines, troops and unlockable firepower.

The console package is completed with the special Omnissiah Edition content which adds the atmospheric soundtrack, short story ‘Deus Ex Mechanicus’ by Andy Chambers, the stunning digital artbook, as well as the hard-hitting melee weapon, the Arc Scourge.

I think just by reading the title of the post you pretty much know if you want this or not.

To enter to win your copy, comment below telling us your platform and region, and a time you made a plan or strategized. I’d give an example, but considering my plan to be a millionaire hasn’t yet panned out I don’t think I’m cut out for it.

We have three Switch keys (NA and EU), five PS4 (NA and EU), and five Xbox One (region-free) keys to give out. Winners will be drawn Monday, July 28. Make sure to comment using a Dtoid account with your current email address on file. If you’re new, sign up here to talk about your life’s plans with us!

Warhammer 40,000: Mechanicus is available now for Switch, PS4, and Xbox One.