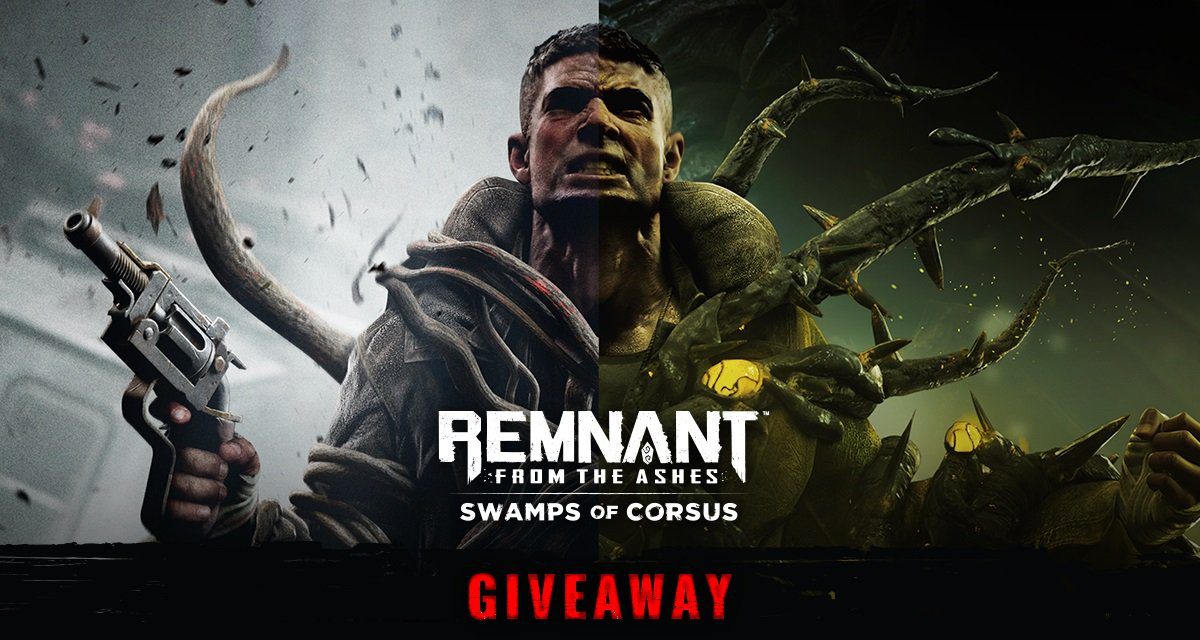 PS4 and Xbox One

In today’s contest, you can win a copy of Remnant: From the Ashes and its Swamps of Corsus DLC for PS4 and Xbox One!

On the menu today is Remnant: From the Ashes and its new DLC Swamps of Corsus, where you can win on PS4 and Xbox One!

The developers would like to tell you all about it.

The world has been thrown into chaos by an ancient evil from another dimension. Humanity is struggling to survive, but they possess the technology to open portals to other realms and alternate realities. They must travel through these portals to uncover the mystery of where the evil came from, scavenge resources to stay alive, and fight back to carve out a foothold for mankind to rebuild…

Remnant: From the Ashes is a third-person survival action shooter set in a post-apocalyptic world overrun by monstrous creatures. As one of the last remnants of humanity, you’ll set out alone or alongside up to two other players to face down hordes of deadly enemies and epic bosses, and try to carve a foothold, rebuild, and then retake what was lost.

The new Swamps of Corsus DLC expands upon the base game with new areas, new enemies, new bosses, and a new Survival Mode pitting players against the harsh environment with nothing but the shirt on their back.

To enter to win your copy, use the widget below to leave your name and email address. You can enter daily. For bonus entries click around the extra instructions within.

We have five copies for each platform (PS4 copies are NA, only) to give away; winners will be drawn Wednesday, June 10.

Remnant: From the Ashes and its new DLC Swamps of Corsus are available now for PS4 and Xbox One.

Dtoid Contest: Win Remnant: From the Ashes and its new Swamps of Corsus DLC