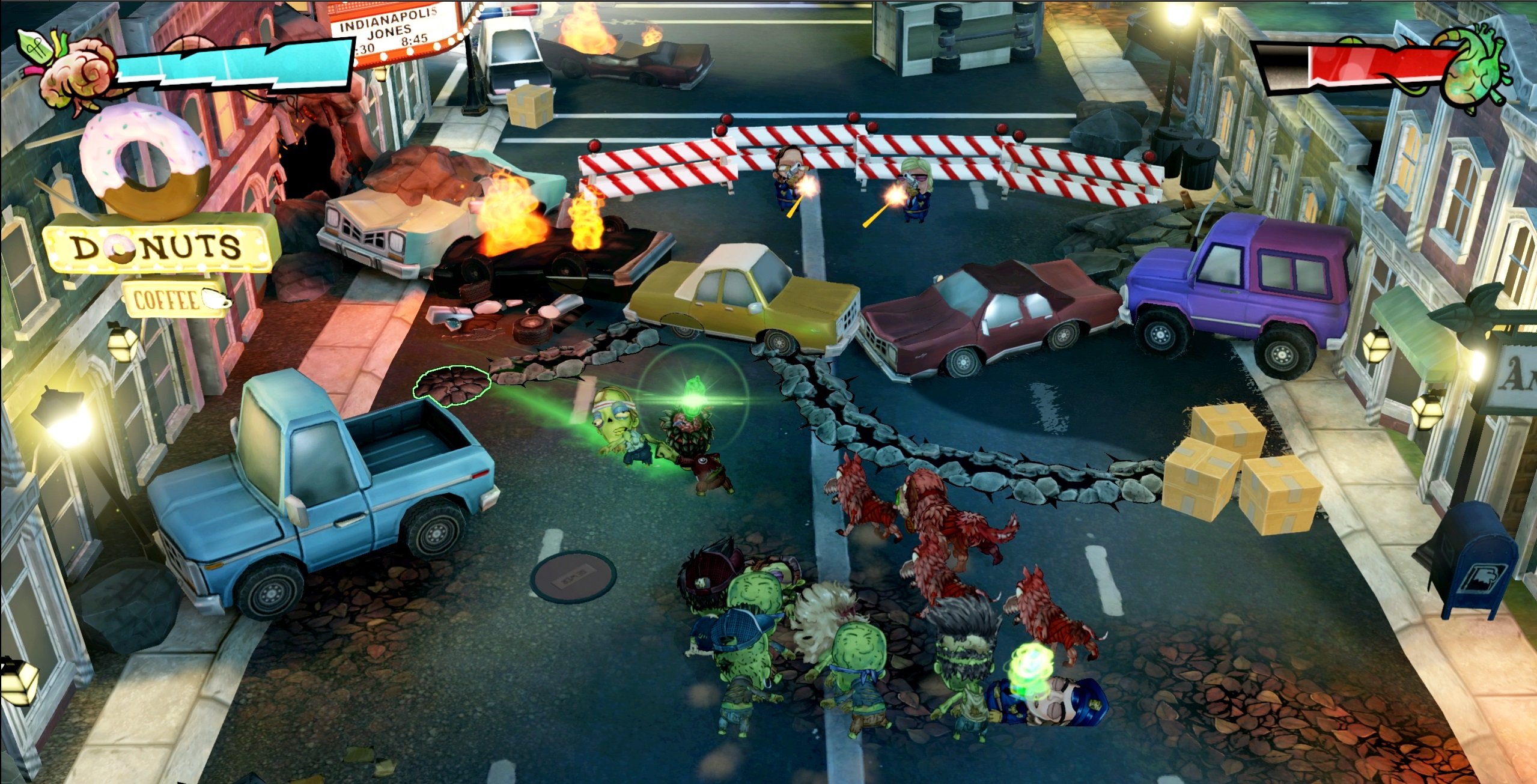 Just don’t defeet them, because then they can’t walk!

In today’s contest you can win a PS4 or Steam copy of Ray’s the Dead!

You know what’s even spookier than ghosts, goblins, and ghouls running amok in the streets? Waiting seven years for a game to come out!

We first covered Ray’s the Dead all the way back in 2013, and now that it’s out, we thought we’d celebrate by giving some copies away! Have you been waiting all this time? If so, you’re probably a zombie by now, yourself!

Ray LaMorte woke up as a zombie, as so many of us do after biting the dust. The thing is, he just can’t seem to remember how he got there. This surprisingly touching dark comedy follows Ray around as he traces his past to discover how he wound up walking the streets as the undead. Oh, also he can raise the dead to command them as his minions to do his bidding for him. Different classes of zombies accomplish different tasks as you strategically roam the streets of 1980s suburbia trying to find clues about your past.

Also if the title is any indication, you can expect plenty of puns. This is for you, Gus.

To enter to win your copy, use the widget below to leave your name and email address. You can enter daily. Be sure to click around to find ways to earn bonus entries, and don’t forget to specify your platform of choice while you’re there.

We have five Steam and five PS4 NA keys to give away; winners will be drawn next Monday.

Ray’s the Dead is [finally] available now for Steam and PS4.

Contest: Win Ray’s the Dead for PS4 or Steam