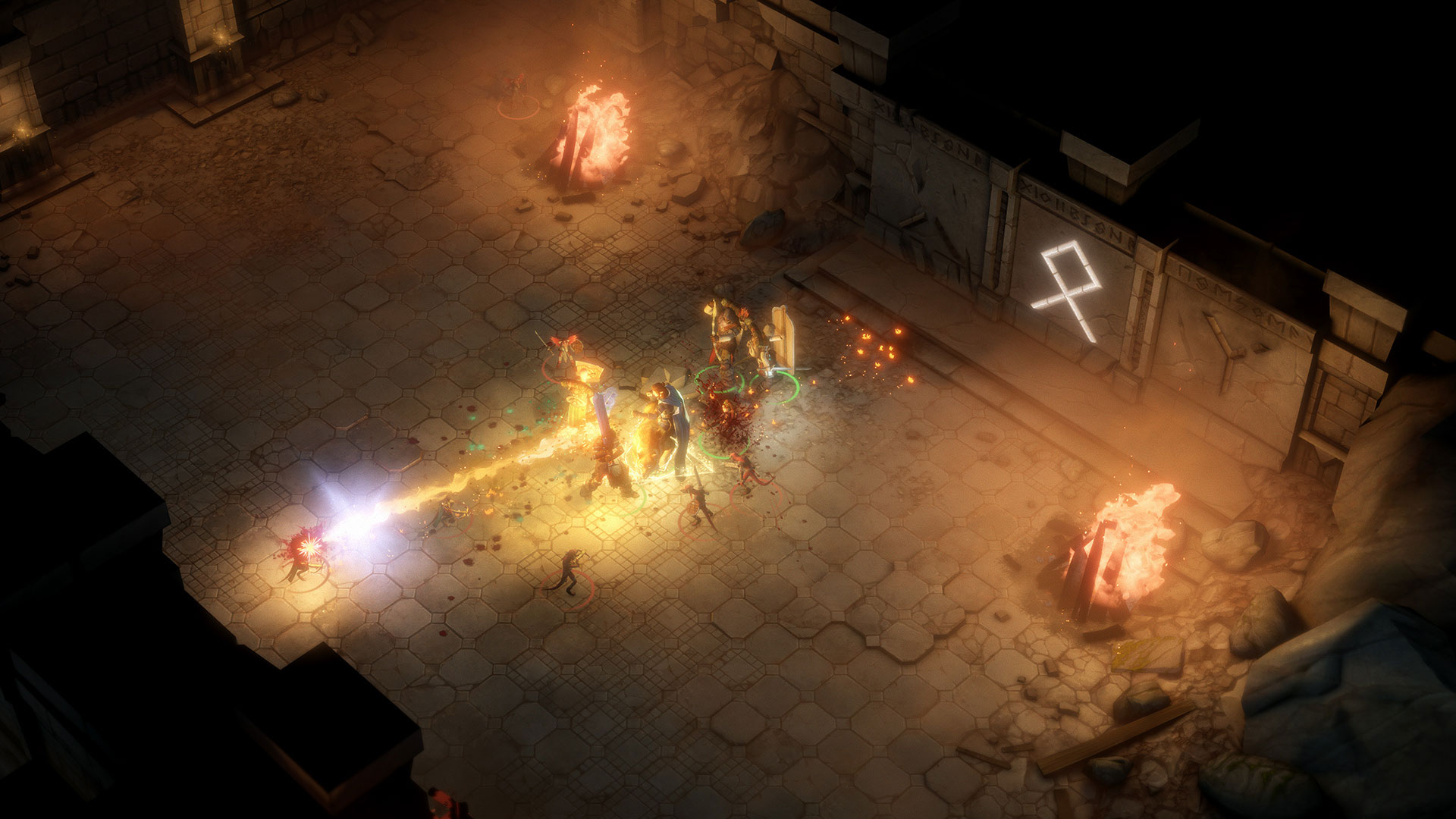 Find a path, make a king

In today’s contest you can win classic RPG Pathfinder: Kingmaker – Definitive Edition for PS4 or Xbox One!

Pathfinder: Kingmaker hit Steam a few years ago, and from what I can gather, it was kind of a big deal! I guess y’all really love your classic, tabletop-inspired RPGs.

Well, the Definitive Edition hit PS4 and Xbox One last week, so now console players can get in on the action. Comment below and you could win your own copy of the new port, including all paid DLC!

If you don’t know about it yet, you will now!

Pathfinder: Kingmaker takes players on an adventure through the infamous Stolen Lands, the dangerous and turbulent territories well known within Pathfinder fandom. The RPG revisits familiar characters and well-known locations from the lore of the franchise, and treats players to brand new adventures, deadly foes, and unforeseen twists and turns. Fans of the fantasy pen-and-paper RPG will experience this epic, heroic universe in new ways while computer RPG gamers will discover their favourite genre in a more contemporary light, with stunning 3D graphics that bring the world to life.

Pathfinder: Kingmaker will challenge players as both adventurers and rulers as they claim explored lands and carve their kingdom from the wilderness. Kingdom-founding goes beyond simple stronghold-building to become a true reflection of the hero character and choices made throughout the game. Each kingdom is a living and breathing world, shaped by rules, choices, allies, and the hero’s ability to lead his or her people.

As mentioned, this package comes with all six paid DLC expansions, including The Wildcards, Varnhold’s Lot, Beneath the Stolen Lands, Bloody Mess, Arcane Unleashed, and Royal Ascension. That’s a whole lotta game!

To enter to win, comment below telling us your platform of choice and what you’d do for your first royal decree as king. I’d make anyone who’s participated in, or ever watched a, vape cloud contest a societal outcast. They’d have to clean up highways and public toilets, and we’d all be legally allowed to throw pennies at them out of disgust. I have a strong, but fair, hand.

We have five copies for each platform (PS4 NA, Xbox One) to give away; we’ll random select winners Thursday, August 27. Make sure to comment using a Dtoid account with your current email address on file, and if you’re new, sign up here to start making possibly unfair laws.

Pathfinder: Kingmaker – Definitive Edition is available now for PS4 and Xbox One.