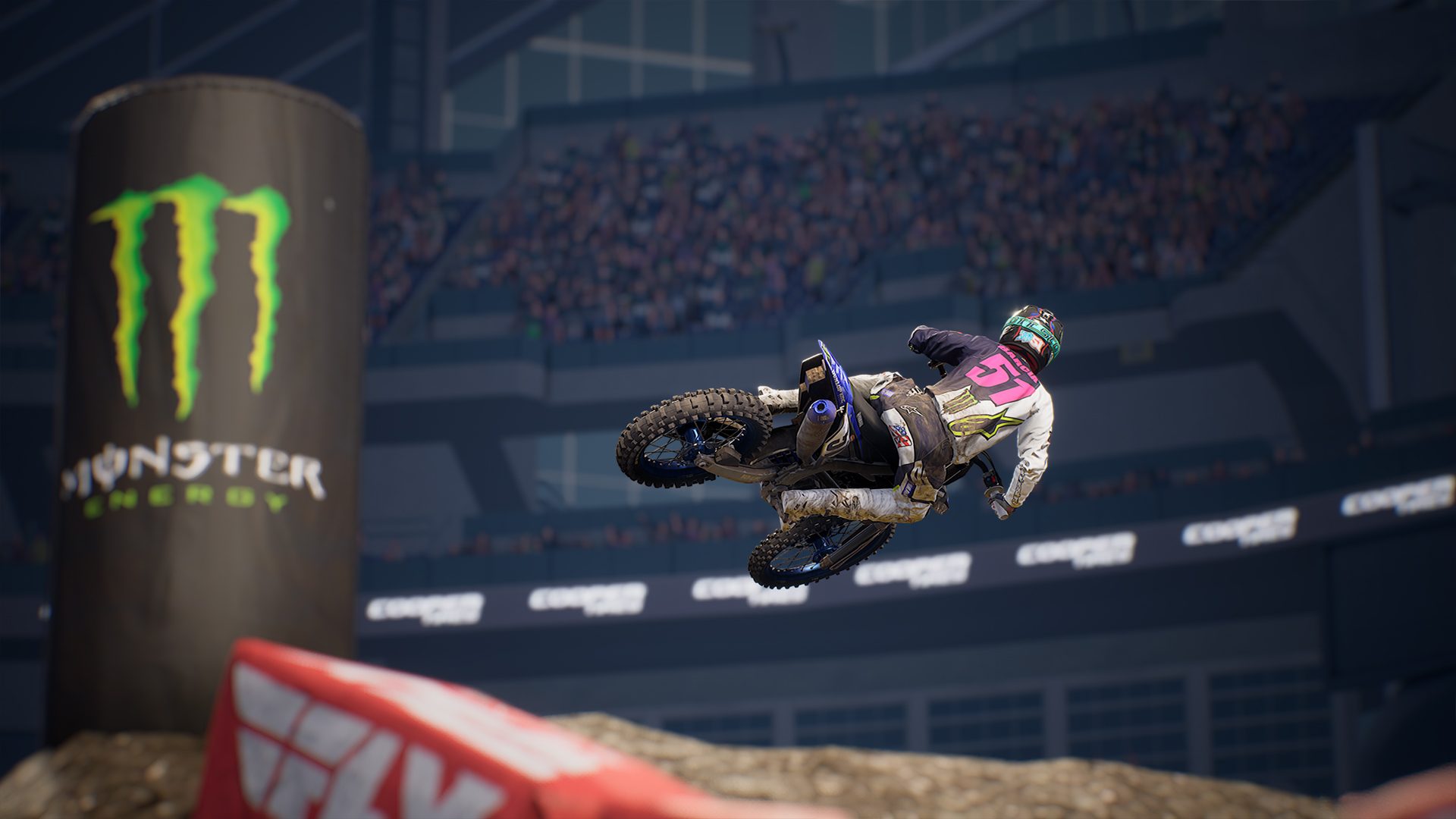 In today’s contest you can win Monster Energy Supercross – The Official Videogame 4!

Look, I just refuse to put the “The Official Videogame” part in this title. It’s just too long. Monster Energy Supercross 4 is a perfectly fine title without having to complicate things by noting that’s it’s the official videogame of the brand. Are there imposters? Is there an unofficial version? We can just assume it’s official at this point.

Anyway, we’ve got some copies of Monster Energy Supercross 4 to give away! Just remember that it’s the official videogame.

The popular racing series is back with the fourth entry, which boasts an upgraded career mode. Players can upgrade their racers with branching skill trees, bringing more customization than ever before. Players can also enjoy the new Compound mode, which promises free roaming and racing against friends. And the track creator mode is back and better than ever, featuring even more options than before!

Also my day job is for a company that has a racing team featured in the game. We moved into a new “modern” office a few years ago and they set up a little area in the corner with an Xbox One and a copy of the latest version of the series, and I’ll always remember people playing during lunch for like the first week. And then it was gone. And no one could play video games at work anymore. I was sad.

Enter to win using the widget below! Be sure to specify you platform of choice, and click around for ways to earn bonus entries.

We have five copies each for PS4 NA, Xbox Series X, and PC to give out; we’ll draw winners next Wednesday.