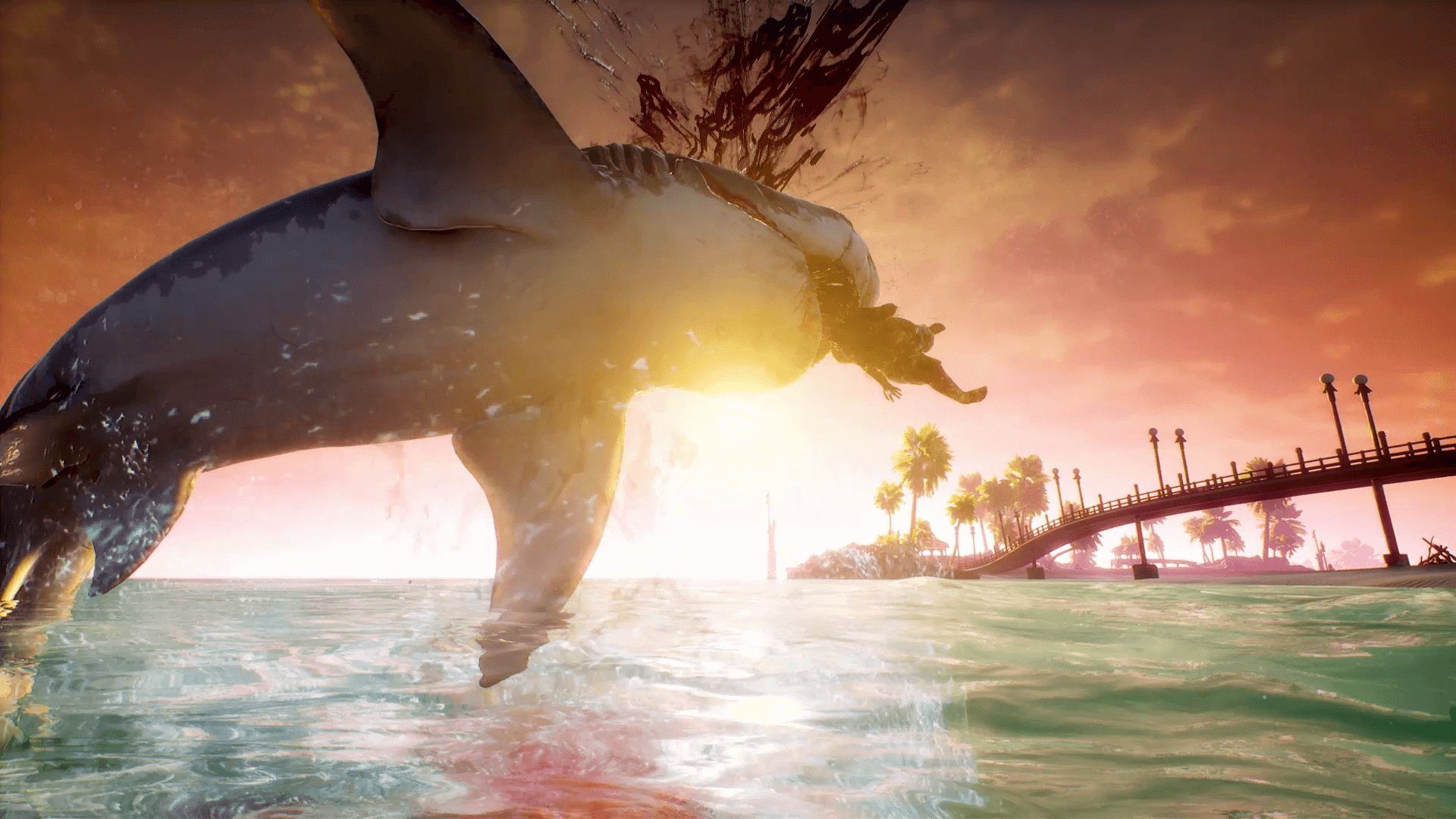 In today’s contest you can win a PC copy of Maneater!

It’s Shark Week! I actually kind of hate Shark Week, because it’s terrifying. Sharks are terrifying. The ocean is, in fact, fucking terrifying. I had a nightmare the other night where I was in a plane that flew directly into the ocean, and I could see all the aquatic life out the window. Huge whales, fish, squids, sharks — it was all there, and it was all just too much.

Despite all of that, I actually played Maneater last week, and I love it! You’re gonna love it, too. I’m so confident that I’ll personally guarantee that you’re wrong if you don’t! Talk about confidence. Win a PC copy so you can be right, like me.

I don’t get to say this much, but I actually played this one! And I loved pretty much every minute of it. The whole thing is a tongue-in-cheek, arcadey shark “sim” centered around a fake Deadliest Catch-style TV show. A Cajun hunter is hellbent on killing dangerous sharks, and good news! You’re a dangerous shark. You’ll swim around the semi-open world to different hubs and pretty much eat everything in sight, all the while leveling up your fishy fish with ridiculous “mutations” like bone-plate armor and electric teeth. It’s unabashedly silly. Add in Chris Parnell narrating the whole thing and the ability to eat most bosses right off their boat like any other NPC, and you’ve got a recipe for success with this one.

Also, it’s perfectly short! It took me about 13 hours or so to Platinum on PS4, which I consider a good thing. It left me wanted more, unlike most open world affairs where I’m struggling to stay motivated to see the credits roll. This one is a blast from front to back, and easily a GOTY contender for me.

So, win your copy now! Comment below telling us your favorite campy, arcadey game. This one brings back fond memories of the oddity that was Jaws Unleashed for PS2 and Wii, and hits many of the same notes (while being completely self-aware). We need more of this kind of thing, so give us your suggestion for what to play next!

We have four PC copies available, redeemable from the Epic Games Store. Winners will be drawn Friday, August 14. Make sure to comment using a Dtoid account with your current email address on file — if you’re new, create an account now!

Maneater is a total gem, and available now via the Epic Games Store.